Jennifer Lopez took to her social media to pay a tribute to the Queen of Tejano Music Selena Quintanilla on completing 25 years of 'Selena' film. 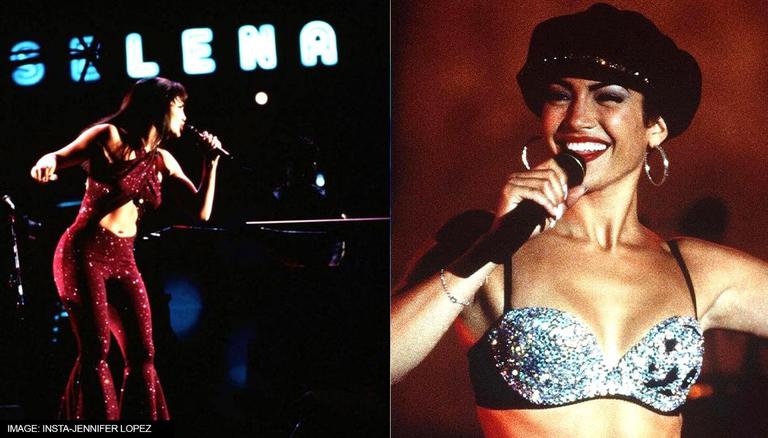 
Actor and singer Jennifer Lopez took to her social media to remember the legacy of the beloved Mexican-American singer Selena Quintanilla. The special post celebrated 25 years since the release of the musical biopic titled Selena where Lopez played the titular role and documented the short yet flourishing career of the late singer. The film launched the actor's career as fans not only witnessed her singing prowess but also her exceptional acting ability.

As the film completes a milestone, the 52-year-old reflected on her journey while making the film and talked about what playing the iconic role meant for her as an artist. Check out her post below.

Taking to her Instagram, Jennifer Lopez shared multiple pictures and videos from the film to celebrate the Gregory Nava directorial venture. She also shared pictures with Selena's family whom she said she is very close to. Lastly, the actor shared a stunning picture of the singer who tragically died at the age of 23 leaving behind a legacy that is still largely remembered.

Sharing the post, the Marry Me wrote, ''What a very special day … we’re celebrating 25 years of SELENA! 🌹 Today we celebrate and honor Selena’s legacy and music. This movie means so much to me,'' she continued, ''Selena and her family mean so much to me, and I was so lucky to be chosen to play her. I’ll never forget this time in my life and it’s an honor as an artist to have been part of the magic that is this movie ✨#SelenaMovie25 #SelenaQuintanilla @selenaqofficial''.

Meanwhile, to celebrate Selena completing 25 years since its release, the film is set to release in theatres on April 7, 2022. The news was shared via official Instagram handle of the late singer who wrote, ''5 Years ago TODAY “Selena” was released in theaters nationwide starring Jennifer Lopez and Edward James Olmos. Celebrating a legend, her legacy and music. “Selena” will be released in theaters nationwide starting April 7th,'' they continued, ''Rediscover a family’s story of dedication, perseverance and hope in breaking a male dominated music genre and taking the world by storm.''

READ | Jennifer Lopez on rekindled relationship with Ben Affleck: 'You have to follow your heart'