Jimmy Kimmel To Return As Host For Oscars 2023; Says It's 'either A Great Honour Or Trap'

Jimmy Kimmel has been roped in to host the Oscars 2023, making it his third time fronting the ceremony. It is set to take place in March next year. 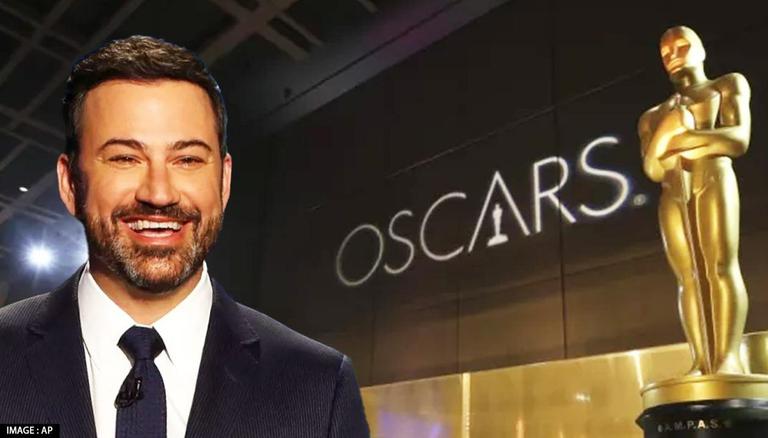 
Jimmy Kimmel has been roped in to host the Oscars 2023, making it his third time fronting the ceremony. The Jimmy Kimmel Live host led has previously led the  2017 and 2018 telecasts, the former of which had La La Land and Moonlight's best movie goof up. Oscars 2023 are all set to draw major attention, especially after this year's slapgate incident between Will Smith and Chris Rock. For the unversed, the Oscars 2023 will be held on March 12.

Jimmy Kimmel set to return as host for Oscars 2023

The Academy of Motion Picture Arts and Sciences announced Jimmy's hosting stint in a Tweet that read, "Introducing your 95th Academy Awards host, Jimmy Kimmel. Welcome back! Tune into ABC to watch the Oscars LIVE on Sunday, March 12th at 8e/5p! #Oscars95."

Tune into ABC to watch the Oscars LIVE on Sunday, March 12th at 8e/5p! #Oscars95 pic.twitter.com/qdFZYFeE2r

According to Variety, Jimmy said in a statement, "Being invited to host the Oscars for the third time is either a great honour or a trap." He continued, "Either way, I am grateful to the Academy for asking me so quickly after everyone good said no.”

The only people to host the Oscars more than three times are - Whoopi Goldberg and Jack Lemmon (4), Johnny Carson (5), Billy Crystal (9) and Bob Hope (11).

Jimmy's hosting announcement also comes shortly after he extended his deal to continue at ABC for three more years, including turning host for the 23rd season of Jimmy Kimmel Live.

The Oscars 2022 ceremony sparked major buzz following the Chris Rock-Will Smith feud. Will Smith walked up to Rock on stage and slapped him after the comedian joked about his wife, Jada Pinkett Smith's baldness. The Academy then announced a 10-year ban on Smith from the Oscars.