Joe Jonas Recalls Losing Spider-Man Role To Andrew Garfield; 'I Was So Excited'

Joe Jonas recently revealed that he auditioned for the lead role in 'The Amazing Spider-Man', the 2012 movie which was headlined by Andrew Garfield. 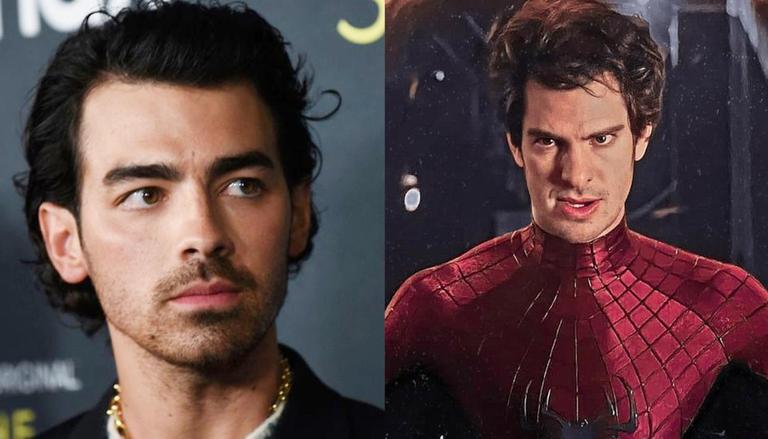 
Joe Jonas recently revealed that he auditioned for the lead role in The Amazing Spider-Man, the 2012 movie which was headlined by Andrew Garfield. The Jonas Brothers member shared that he was 'very excited' about the role, which eventually landed with Andrew, who was also seen in Tom Holland's 2021 outing Spider-Man: No Way Home. After missing out on the superhero role, Jonas mentioned that he found respite in music.

Appearing on the Just for Variety podcast, Joe shared his Spider-Man audition experience, mentioning, "I remember years ago I was up for Spider-Man, and I was so, so excited, and it was the year Andrew Garfield got it." He added, "Obviously, he was the right one. Reflecting on not being cast after auditioning, he said, "In the moment, you're destroyed or you're defeated. But you realize this person was brilliant."

Jonas also revealed if he ever sported the Spider-Man costume while auditioning. "No, but I'm sure I had one that I would try on occasionally back in the day," he stated.  The actor said that despite the rejections, he loves the  process of auditioning and "putting yourself out there and having to prove yourself."

Andrew Garfield starred alongside Emma Stone (Gwen Stacy) in the 2012 movie, which was directed by Marc Webb. The lead stars, who were also in a relationship for many years, also starred in the 2014 movie The Amazing Spider-Man 2.

Joe further shared that while music became his calling, he had to stop touring for the last couple of years due to the pandemic, giving him ample time to polish his acting skills. He credited his wife and Game of Thrones actor Sophie Turner for helping him through it.

READ | Joe Jonas opens up about keeping his married with Sophie Turner private: 'It makes me a..'

"When you have a wife like Sophie Turner, who is a phenomenal actress, [being] the one filming you and directing you through it, you got to bring your A-game," he said. Calling Sophie his 'toughest critic', Joe said he's grateful that she shares her 'honest opinion'. Joe and Sophie tied the knot in 2019, following which they welcomed two daughters.