Joe Jonas has made headlines speaking about his ex-girlfriend Taylor Swift and her recent venture, where she re-recorded her old songs for fans - 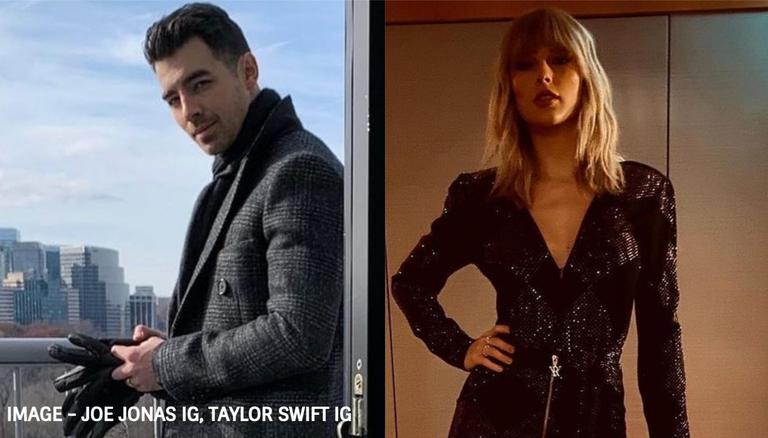 
Joe Jonas might soon be walking in the footsteps of his ex-girlfriend, Taylor Swift, in terms of his music. The Disney alum recently expressed his interest in glamming up the Jonas Brother's debut album, It's About Time, and it's all because of Taylor Swift! Swift recently released a re-recorded version of her second studio album, Fearless (Taylor's Version), in April.

She also recently announced plans to re-record six of her early albums after she was unable to regain ownership of her masters from Scooter Braun after he bought Big Machine Records, in 2019. This was the first label she was signed to.

Joe Jonas' latest interest in revisiting the Jonas Brother's debut album, made headlines after his recent interview with Buzzfeed. The singer was asked which song of the Jonas Brothers he would re-record to which he talked about how he would "probably re-record" the Jonas brother's "entire first album". He then went on to mention his ex Taylor Swift, talking about how he would do something like what she did, adding how he thought it was "really clever".

More about the Jonas Brothers

Joe Jonas and his brothers Nick and Kevin Jonas dropped their debut album, It's About Time, together in 2006. The trio's album, Happiness Begins, is their first studio album as a group in 10 years, which was accompanied by a documentary of the same name. The Jonas Brothers are heading out on their "Remember This" Tour soon, which kicks off in August.

About Joe Jonas and Taylor Swift

Joe Jonas and Taylor Swift briefly dated in 2008. The recent mention of Swift during Jonas' interview made headlines, since the two hardly ever talk about one another after. This was simply because after their break-up, Taylor Swift, famously announced on The Ellen Show that the singer had broken up with her over a "27-second phone call".

Fans also speculated that one of Swift's songs from her album Fearless, titled Forever and Always, was about Jonas. Nothing was confirmed at the time, however, in the re-recorded version of the Fearless album, Swift released another song Mr Perfectly Fine; the lyrics of which have had fans guessing once more. Suspicions arose further when Joe Jonas' wife, Sophie Turner, shared the song on her Instagram story which was then reshared by Swift.