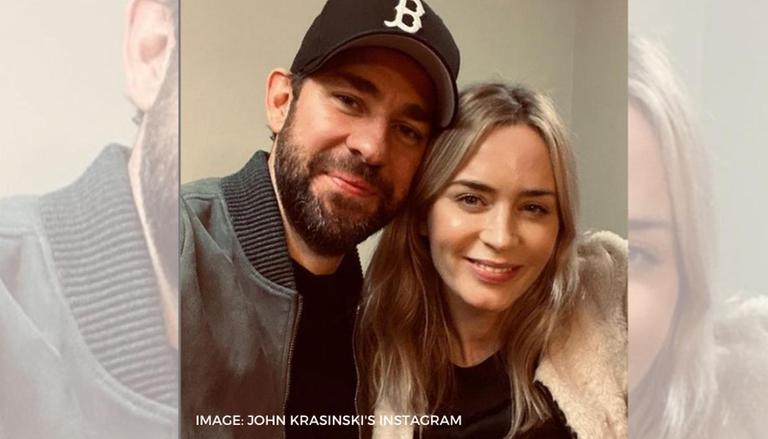 
John Krasinski of The Office fame recently appeared on The Late Show with Stephen Colbert on Thursday, May 20, when the host observed that the actor is currently in great hape to film his Amazon Prime Video series, Jack Ryan. However, John admitted that the same was not the case during the quarantine. He shared that he was not very careful with his fitness last year that his wife Emily Blunt had to intervene.

When Stephen asked John if he lost his chiselled physique during his break from filming, the actor empathetically replied, "Oh, yeah." He went on to add, "There was a moment there where we were still going to shoot, and I said, 'I am totally ready to shoot. We just need to change the name of the show to Fat Ryan. And then, let's do it.'"

He added that the food he binged on the most during his downtime from filming was microwave popcorn and he said that it is what his kids Hazel and Violet enjoyed eating the most. Admitting that he got addicted to popcorn, the actor shared, "My kids had microwave movie popcorn for something, and they loved it, and then just slowly the time started getting earlier and earlier. And at like 9:00 a.m. at breakfast, I was like, 'Does anybody want popcorn?" John Krasinski's wife Emily Blunt who had been observing her husband's binge-eating behaviour called him out by saying, "You gotta cool it on the popcorn! You got to stop microwaving popcorn at 9:00 a.m."

John Krasinski and Emily Blunt met through a mutual friend in 2008 and tied the knot in 2010. The duo has also starred in two movies together A Quiet Place and A Quiet Place Part II both helmed by John himself. John had appeared on the show to promote A Quiet Place Part II and was all praises for his wife when asked about how it felt directing her. Calling her the most talented actor that Hollywood has, he gushed, "I mean, she's just the most unbelievably talented person, but also, more than acting, she's just such an incredible person to have on set. The entire crew, everybody who's around, just loves it much more when she's on set."

READ | 'Saturday Night Live': A look at its past celebrity hosts like John Krasinski and more

When Stephen asked John about his insight on the climax of the movie and asked whether it was a clue about his love for his own kids, John quickly agreed and said that the poster and his movie is a love letter to his kids. John Krasinski and Emily Blunt are parents to two daughters Hazel who is 8 years old and Violet who is 2.