'John Wick: Chapter 4' has got its first new face as Rina Sawayama will be joining the project alongside lead star Keanu Reeves. Read to know more details. 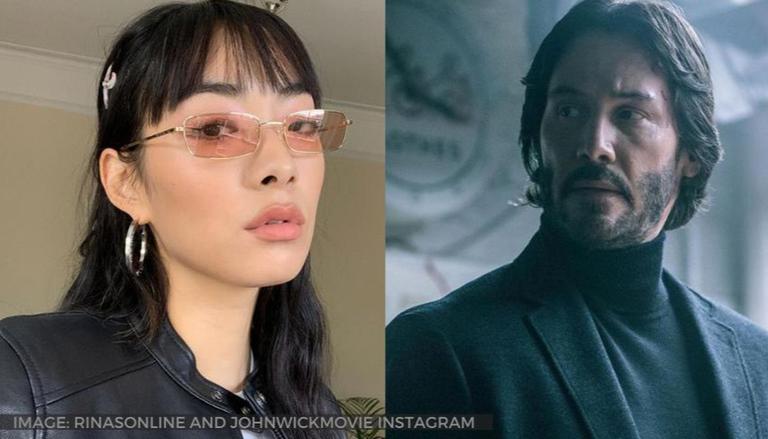 
John Wick film series is moving ahead quickly as the makers have confirmed a fourth and fifth instalment. Keanu Reeves returns as the titular assassin. The production on John Wick: Chapter 4 is expected to commence soon. Ahead of its shooting, a new member has been added to the team.

Deadline has reported that Lionsgate has roped in Japanese-British pop superstar Rina Sawayama to star alongside Keanu Reeves in John Wick: Chapter 4. Her role has been kept under wraps as the movie is still in the development stage. It will mark Swayama's first big-screen acting role.

Original trilogy director Chad Stahelski will helm the forthcoming film. He said that he is "so glad" to have Rina Sawayama on board to make her feature film debut in John Wick: Chapter 4. The filmmaker stated that she is an "incredible talent" who will bring so much to the movie. The project begins production in a few months filming on location in France, Germany, and Japan.

READ | Keanu Reeves had an apt answer when asked how long he will play John Wick on-screen; Read

Rina Sawayama was born in Japan and raised in North London. She studied politics, psychology, and sociology at Cambridge University, where she gained pop stardom. Prior to striking a record deal, the artist funded her early music through proceeds from modelling.

She caught much attention with her singles like XS, Comme de Garcons, and Chosen Family - a duet with Elton John. It led to the release of her debut studio album titled Sawayama. She was seen in two episodes of the British comedy series Turn Up Charlie, created by Idris Elba and Gary Reich, in the recurring role of Layla Valentine. The artist will headline her first world later this year.

John Wick: Chapter 4 script is written by Shay Hatten and Michael Finch. Ian McShane and Halle Berry are expected to reprise their roles as Winston and Sofia Al-Azwar, respectively. The movie was initially scheduled to premiere in May 2021 but got postponed due to coronavirus or COVID-19 pandemic. John Wick: Chapter 4 release date is now set for May 27, 2022, in theatres.