Johnny Depp's Birthday: Top 5 Movies Of The Actor To Watch This Weekend

Johnny Depp is one of the most well-known Hollywood actors, highly recognised for the roles and movies he has done through the years. 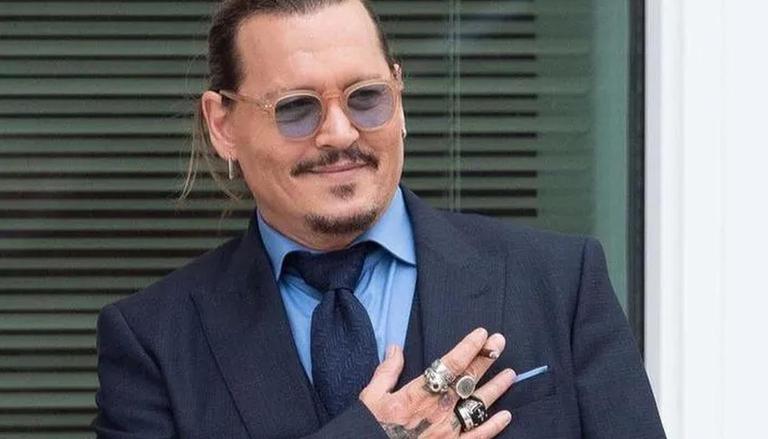 
Johnny Depp’s fans from all over the world wished him his birthday today. The actor turned 59 this year. Depp is one of the most well-known and loved actors in the world, highly recognised for the roles and movies he has done through the years. The actor started his acting career with the 1984 horror film Nightmare on Elm Street and later gained recognition as a teen idol on the television series 21 Jump Street in 1987. The actor is known for working in diverse genres of films.

Here, take a look at the top movies by Johnny Depp

Pirates Of The Caribbean

Johnny played one of his most popular roles of Jack Sparrow in this hit Disney production series. He played a pirate in the movie; this humorous role got the actor nominations for the Oscars and the Golden Globes.

Charlie And The Chocolate factory

This 2005 film directed by Tim Burton is one of the most loved children’s movies of all time, a book adaptation about a poor boy visiting a chocolate factory owned by Willy Wonka by winning the golden ticket is filled with adventures and action. Depp’s role as Willy Wonka was widely acclaimed and earned him his sixth Best Actor Nomination at the Golden Globes.

Marc Foster directorial starring Johnny Depp, Freddie Highmore, and Kate Winslet, is another book adaptation of JM Barrie’s “Peter Pan”. This movie is about Barrie played by Johnny Depp and how he wrote the classic book. Johnny’s acting was much appreciated by the audience and the critics, and once again earned Depp nominations for Oscars and the Golden Globes in 2004.

The 1997 movie directed by Mike Newell, is a bit different from the usual humorous and witty films Depp acts in. The crime mystery presented Johnny’s ability to play a dark and serious role of a young FBI undercover agent Joseph Pistone, which made him gain appreciation from the critics.

Alice In the Wonderland

This Tim Burton and Johnny Depp collaboration portray a cinematic brilliance. The children’s book adaptation was a super hit at the box office and got critical acclaim, earning various nominations for Golden Globes.

Johnny Depp has been in the news for a long time due to the Depp vs Heard defamation trial. This almost 2-month-long trial though at first slandered the actor’s reputation and made him lose roles in films, but later Johnny received a lot of love and support from fans in social media. Johnny Depp has won the defamation trial against Amber Heard.