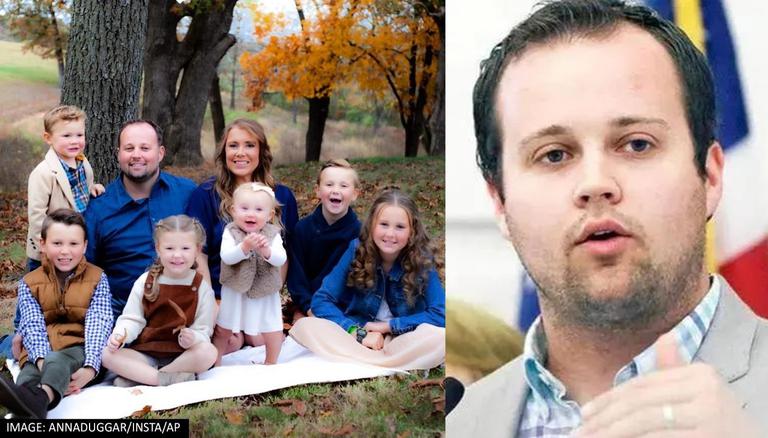 
Former reality TV star Josh Duggar has found himself in legal trouble after he was earlier sentenced to 12-and-a-half-years in prison for child pornography charges. Duggar is married to Anna Renee Duggar and the duo share seven children together, and according to a recent report by Hollywood Life, he will not be allowed unsupervised visits to them. This comes after court documents dictated that Josh Duggar is not allowed to have any unsupervised contact with minors under the age of 18.

The publication reported that the court documents dictate that after the reality star's 12-and-a-half-year sentence, Josh Duggar is allowed 20 years of supervised release, during which, he is not permitted to have unsupervised contact with minors. All of the 19 kids and counting star's children are below 12 years of age, with the youngest being 7-months-old. The court document, as per Hollywood Life, stated, "The Defendant shall have no unsupervised contact with minors. If there is a concern about the potential for inadvertent contact with a minor at a particular place, function, or event, then the Defendant shall get approval from the U.S. Probation Office before attending any such place, function or event." Josh Duggar is also required to participate in a sex offence treatment program.

Reality TV star Josh Duggar was sentenced to 12-and-a-half-years in prison on May 25, along with 20 years of supervised release and a fine of $10,000. 19 Kids and Counting was soon cancelled when allegations that the reality star had molested five girls, including his sisters became public. Duggar was earlier attested in 2021 after child pornography was found on a computer in the car dealership he owned. Before the trial, he was allowed 'unlimited contact' with his children in the presence of his wife but was still not allowed to be in contact with any minors. Before Josh Duggar was found guilty in December, his legal team filed a motion to have him acquitted, as they claimed that an ex-employee of his car dealership possessed his computer before him, on which the child pornography was found.