As fans get excited for the release of 'Jurassic World: Dominion', Chris Pratt took to social media and surprised them with a new addition to the franchise. 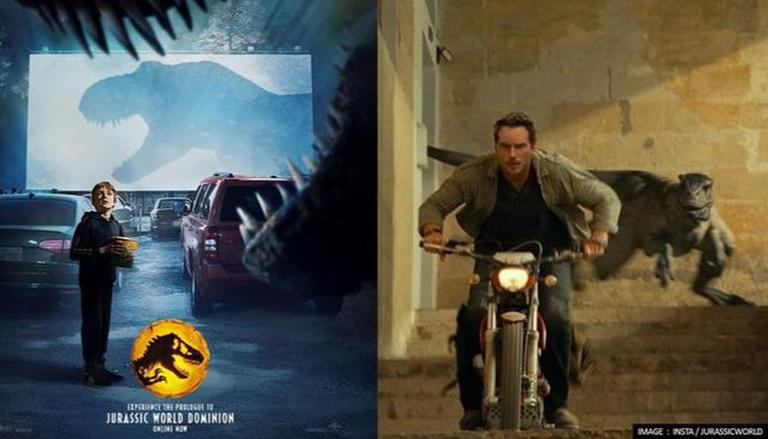 
As fans get excited for the release of Jurassic World: Dominion, star Chris Pratt took to his social media account and surprised them with a new addition to the franchise. He introduced his fans and followers to DeWanda Wise and welcomed her to the much-loved franchise. In the picture he uploaded, the duo gives the camera a fierce look as they gear up to fight. The upcoming film will mark the third film of the franchise and will release on June 10, 2022.

Chris Pratt headed to his Instagram account and shared some great news with his fans and followers as he introduced the 'great and powerful' DeWanda Wise. He mentioned he could not wait to share the silver screen with her and promised the audience that her entrance into the upcoming film will be one they 'will never forget'. He wrote, "Cannot wait to share the silver screen with the great and powerful @dewandawise as she makes an entrance you will never forget. Blessed. Humbled. Grateful. #jurassicworld #jurassicworlddominion #LetsBringItHome". The official Jurassic World Instagram handle also left a comment that read, "Iconic. Unforgettable. Legendary."

This announcement comes after the magazine Empire debuted an image of a brutal and vicious new raptor called Atrociraptor. As fans know, every film of the franchise sees a new species of dinosaurs. The latest image revealed that the Atrociraptor began chasing after the lead character of the film, Owen Grady, who tries to ride his bike down a flight of stairs. The actor shared the image and mentioned that the sequence from where the picture was taken would leave fans 'speechless'.

The makers of the film recently shared a glimpse into what fans can expect from the upcoming release. It hinted at what caused the return of dinosaurs to earth 65 million years later. It begins with several dinosaurs spanning various species roaming on what seems to be the face of the earth. The next scene features a massive dinosaur entering a drive-in movie screening, as the audience members fear for their lives and try and run to safety.