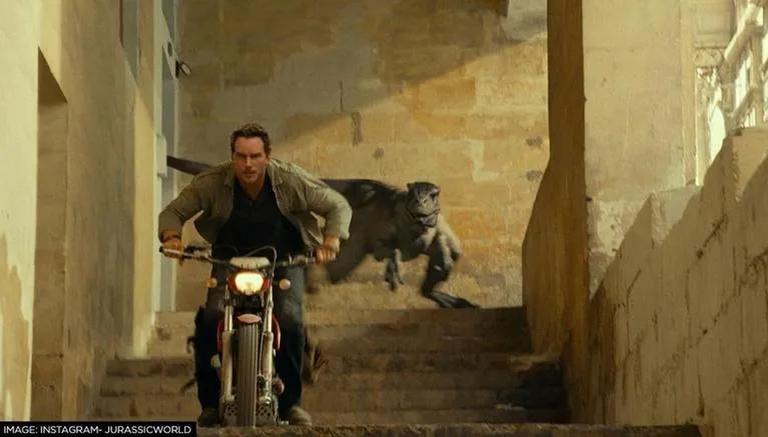 
Coming as the conclusion to the Jurassic World trilogy, Colin Trevorrow's Jurassic World: Dominion opened up to impressive box office numbers on June 10. The film saw Chris Pratt alongside the franchise regulars Sam Neill, Laura Dern, and Jeff Goldblum navigate their way alongside dinosaurs, who are now living with humans around the world.

The film, which also opened with paid previews beginning June 9, has minted around Rs 8 crores in its net India collections, while it has already crossed $100 Million in terms of International collections. With its current run at the Box Office, the film is expected to mint about $130+ Million in its opening weekend in North America.

Taking to his Twitter handle, trade analyst Ramesh Bala revealed that the film has minted Rs 8 crores net in India, while the Thursday, June 9 paid previews amount to Rs 4 crores. As for the international collections, he stated, "#JurassicWorldDominion off to a good start at the International Box office. Already crossed $100 Million, including $15 Million opening in #China Looking at $130+ Million opening in North America.."

Off to a good start..

#JurassicWorldDominion off to a good start at the International Box office..

According to Box Office India, the Hollywood project will also score well on Saturday and Sunday. For the unversed, the previous films of the franchise, Jurassic World and Jurassic World: Fallen Kingdom made $1.6 billion and $1.3 billion worldwide respectively.

The sci-fi adventure is set four years after the backdrop of the destruction of Isla Nublar and picked up from the events of Jurassic World: Fallen Kingdom. The film's synopsis reads-

"Four years after the destruction of Isla Nublar, dinosaurs now live and hunt alongside humans all over the world. This fragile balance will reshape the future and determine, once and for all, whether human beings are to remain the apex predators on a planet they now share with history's most fearsome creatures."