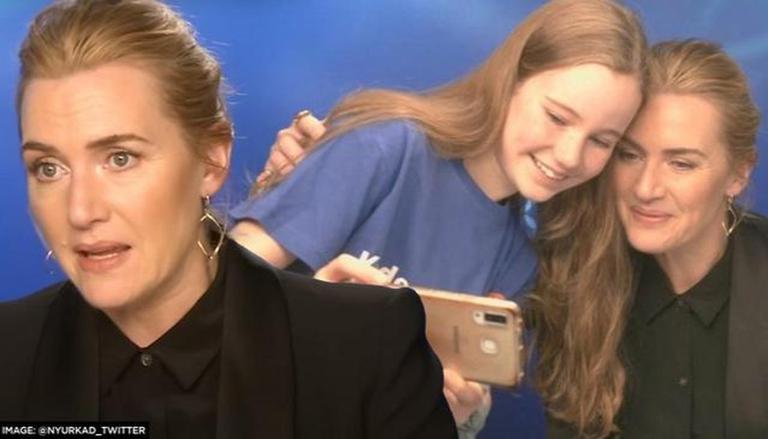 
'Titanic' actor Kate Winslet is winning millions of hearts online by showing kindness to a young journalist, who was nervous while doing her first interview. The viral moment was caught on camera during the promotions of the recently released film 'Avatar: The Way of Water', which also stars Winslet.

Winslet was being interviewed for the German TV network ZDF (via The Independent) when the outlet's young reporter, Martha, told the Oscar winner, "Um, it's my first time." According to a report by Variety, Winslet paused the interview and leaned closer to the reporter and asked, "This is your first time doing it?"

Winslet added, "You can ask me anything that you want, and you don't have to be scared. Everything is going to be amazing. Ok? You've got this. Ok, let's do it!"

Watch the viral video below:

Netizens absolutely loved the Hollywood superstar's sweet gesture and flooded the comments with praise for her. The video shared on Twitter by the user 'soyszenrita'' has received over 4 million views and 1,800 likes.

A Twitter user wrote, "The most adorable thing you have seen today." "She is the best," another user commented.

Kate Winslet stars in 'Avatar: The Way of Water' as Ronal, a free diver of the Metkayina water clan who is the pregnant wife of the village's leader.