Katherine Schwarzenegger revealed that her Sunday ritual includes annoying her husband Chris Pratt, as she ruined the latter's attempt to watch a football match 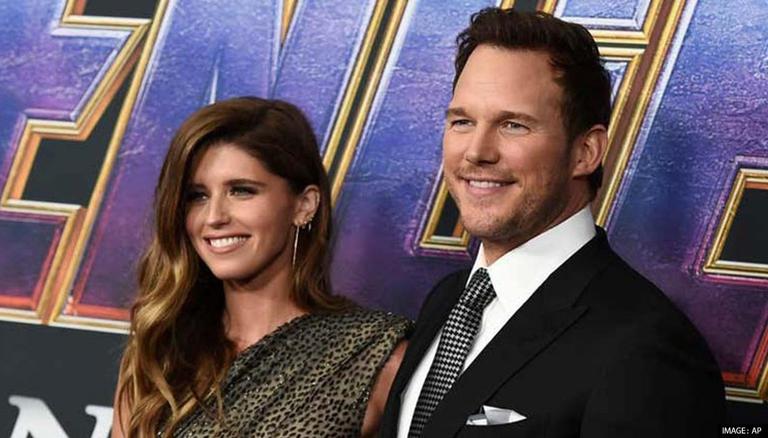 
Katherine Schwarzenegger and Chris Pratt never cease to amaze their fans with their constant adoration of each other, and their social media handles are a testament to the duo's share of goofy moments. Their latest banter saw Katherine 'annoy' her man in his attempts to watch the NFL game. Uploading a series of videos on her Instagram stories, Katherine revealed that her Sunday ritual includes playfully annoying Pratt 'while he is watching the game'.

Pratt can be seen getting distracted by Katherine, who put her hand across his face, and by the end of her video series, Katherine successfully manages to make the Guardians Of The Galaxy fame look away from the screen. The duo has been defining couple goals ever since they got married in 2019.

Uploading multiple stories on her Instagram handle recently, the 31-year-old captioned the first clip as,''It's Sunday so I'm back at it ... annoy your man while he's watching the game.". In the clip, she can be seen clad in a black jacket, while Pratt rocks the casual look in a similar coloured vest and cap. The second clip, which was captioned," 'Wet Willy Engaged" showcased Katherine licking her index finger, only to put it in Pratt's ear. The final video saw her reaping 'success', which she coupled with the Tag Team song Whoomp!  in the background. Take a look.

After having dated for almost a year, the Marvel Cinematic Universe's Star-Lord and Arnold Schwarzenegger and Maria Shriver's daughter Katherine got married at Montecito, California's San Ysidro Ranch in June 2019. The duo shares a one-year-old daughter Lyla. Apart from this, Pratt also has a nine-year-old son Jack with his ex-wife, Anna Faris. Pratt and Anna were married from 2009 until their separation in July 2017.

In a recent appearance on Drew Barrymore's talk show, Katherine was in awe of Pratt being a doting father to Lyla, adding that it has been amazing to witness him become a 'girl dad'. They sparked dating rumours after being spotted on a picnic in Santa Barbara, California. People then reported that the duo had been set up by Maria Shriver, and had already been on several dates.