Kelly Osbourne Speaks About Her Relapse After 4 Years Of Sobriety, Says It's A 'struggle'

Kelly Osbourne opened up about her recent relapse in an interview. She revealed that she thought she could drink “like a normal person” and control herself. 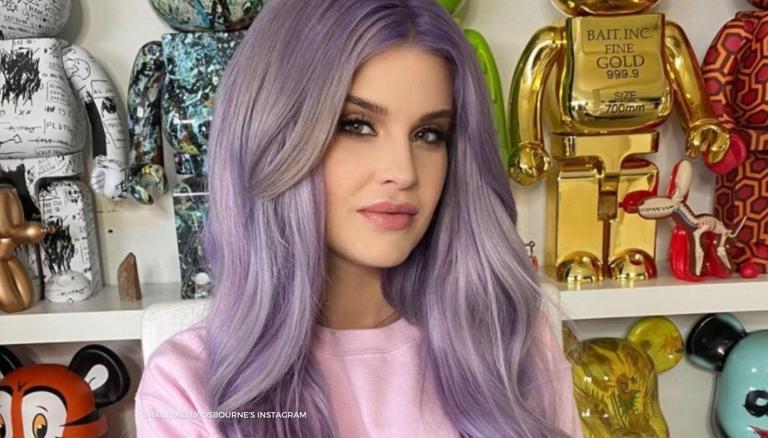 
Kelly Osbourne finally opened about her recent relapse after 4 years of sobriety and shared new details about what happened. Speaking on the Red Table Talk show, the TV personality revealed that she was merely waiting for someone to meet her at a public venue when she noticed a couple sipping champagne nearby. She soon gave in to her urges and broke her 4-year-long run of sobriety.

The Dancing With the Stars alum said that there was “irony” in the relapse for her as she had made it all the way through the pandemic. Kelly revealed that she drank only 2 glasses at first before downing a full bottle the next day. She also went on to say that she regrets the decision and is back to being sober now. The TV personality revealed that it is a daily battle for her to try and remain sober. She also said that she holds herself accountable for all her decisions.

The daughter of rock star Ozzy Osbourne and Sharon Osbourne, Kelly has often noted that her struggle with alcohol started young. Kelly first spoke about her relapse in an Instagram story on April 19. She came clean and said that she gave in to her urges after experiencing a “nervous breakdown” at the end of lockdown. She thought she could drink “like a normal person” but failed to control herself. She soon realized that it was a mistake and didn’t even know why she chose to drink in the first place.

On April 21, Kelly Osbourne confirmed that she is full sober again and posted a selfie on Instagram to inform about the same. Posting the selfie, she wrote, “She’s back! Let’s do this! #sobrietyrocks”. The post was well-received by her fans, who showered her with love and support in the comments. In April 2013, Kelly Osbourne's father and metal singer Ozzy Osbourne had a similar experience when he admitted that he had started drinking and taking drugs again after years of sobriety.

Earlier in May, Kelly made headlines again as she took to her Instagram handle to slam rumours about her plastic surgery. Kelly shared a video of herself doing her makeup. In the video, Kelly said, “I just want to bring up a topic that you guys are all talking about because I’m always really honest and really upfront about what I’ve done to my body and who I am”. She added, “And I have not done plastic surgery. I’ve never done anything to my face other than a couple of injections in my lip, in my jaw, and in my forehead. I do not lie but thank you for the compliment”. She wrote, “Let’s squash these stupid rumours!!! Can’t you just be happy for me?” as the caption for the video.

READ | Kelly Osbourne opens up about her relapse, says she felt 'disgusting'