Kendall Jenner shared fun videos of her girls night out which also included one of her closest friends - Hailey Baldwin Bieber. The videos saw them having fun 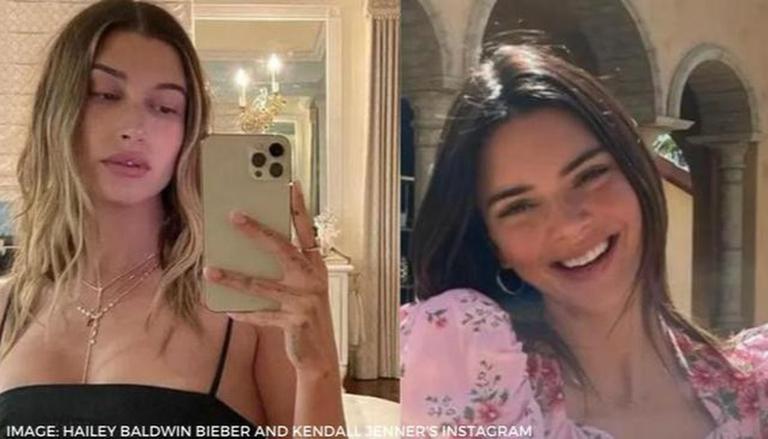 
Kendall Jenner and Hailey Baldwin Bieber are really close friends. The two have appeared together in shows like James Cordon’s Carpool Karaoke and are often pictured doing mundane tasks like grocery shopping together. Kendall Jenner even threw Hailey Baldwin a Bachelorette party before her marriage to Justin Bieber in 2019. Today on June 9, 2021, Kendall Jenner took to Instagram to share a few videos where she can be seen with Hailey Baldwin and their group of friends having a gala time.

Kendall and Hailey's night out

The videos were shared on Kendall Jenner’s Instagram stories. In the videos, the group of girls can be seen grooving to some upbeat Hip-Hop music. Kendall Jenner is the one who is taking the videos and the others are seen dancing next to her. Kendall Jenner is wearing a black and white two-piece set and Hailey Baldwin is in a similar piece in all-black. Of the two videos, one sees all the girls lean in to the front camera of Kendall’s phone and be goofy for the camera as they are recording. Hailey Baldwin is seen doing a little twirl for the camera as well. The friends seem to be having a great time in general.

Kendall Jenner recently wore a sweater and posted a picture that is said to have broken the internet. In the pictures she posted, she is posing in front of a full-length mirror that showed off her sweater to perfection. The sweater itself is a blue and green checkered number with an oversized fit. The sweater was dubbed ‘the coolest sweater on the internet’. All of Kendall’s friends commented on her pictures and Hailey Baldwin was one among the commenters. She commented by calling Kendall a cutie and followed that up with a lovestruck emoji. Kendall Jenner captioned her picture by saying that the sweater which she was wearing got her. The entire series of pictures has a quirky and goofy feel to it.