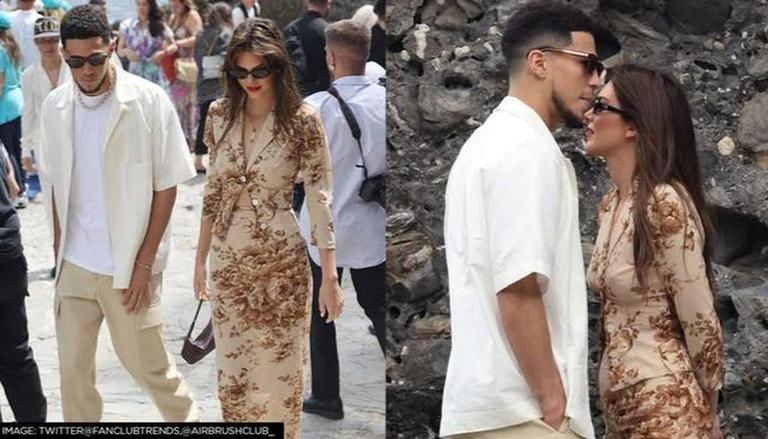 
Popular model and reality star Kendall Jenner was the talk of the town recently after rumours regarding her splitting up with beau Devin Booker surfaced online. Although Jenner did not confirm or refute such claims, her recent post online has sparked speculations about a likely reconciliation between the duo. The picture saw Kendall flaunting her gorgeous gown as a mystery man held her waist and posed with her.

Kendall Jenner and Devin Booker back together?

Kendall Jenner took to her Instagram space and shared an array of pictures on her story as she flaunted her emerald green dress. The last picture she shared in the series saw a mystery man posing along with her as he wrapped her arm around her waist. She however cropped both their faces out of the frame, making fans curious if she and Devin Booker are back together. The man behind her was seen looking dapper in a classic black and white suit, and fans couldn't help but wonder if he was Devin.

Have a look at Kendall Jenner's Instagram story here 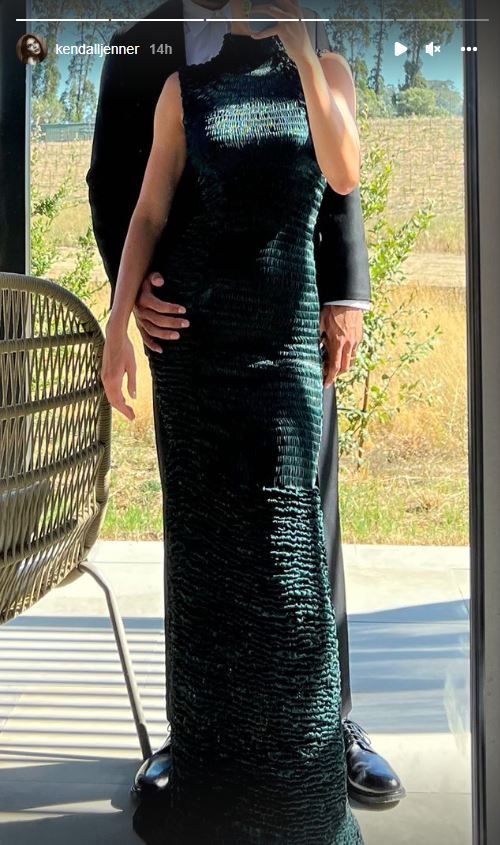 As per a report by US Weekly, the picture of the duo was from a wedding they attended on July 16 together. The event took place in California and NBA star Blake Griffin was also among the attendees. Several videos from the couple's time at the wedding have also been going viral online.

It was only last month that several reports suggested that the much-loved couple had parted ways after about two years of being together. A source mentioned to E-News at the time that Kendall believes she and Devin are 'not on the same page' when it comes to decisions regarding the future. The duo attended Kourtney Kardashian and Travis Barker's wedding together, however, things began to change after they returned. The source mentioned that although they had a great time at the wedding, 'once they got back, they started to feel like they weren't aligned and realized they have very different lifestyles'. However, the duo was spotted together in Malibu after reports of their break-up did the rounds online, and the recent picture on Kendall's account has piqued their interest in the couple's relationship status.

kendall and devin are still together we love to see it pic.twitter.com/iCKmux9DFQ