Actor and comedian Kevin Hart has recently shared the details about his new book titled 'Marcus Makes a Movie' in his recent Instagram stories; Read


Kevin Hart is established himself as one of the most prominent stand-up comedians and Hollywood celebrities over the last few years. However, the comedian has recently turned an author as well, having announced the release date of his novel titled Marcus Makes a Movie. He has shared a few details about his novel in his latest Instagram post, penning a brief message of promotion for the book and gratitude for his team. He has also posted a few videos in his recent Instagram stories, where he elaborated about what to expect from the book in front of camera.

Kevin Hart on his new novel Marcus Makes a Movie

Kevin Hart is known to be one of the active film personalities on social media, frequently keeping his fans updated about his forthcoming projects. He began by sharing the “breaking news” about his book Marcus Makes a Movie getting set to release. The comedian said that the novel shall be released on June 1. He even attached the pre-orders link of the book in his story. He called this update “huge” and said that he was “excited about the message” that the book would send out for its readers. 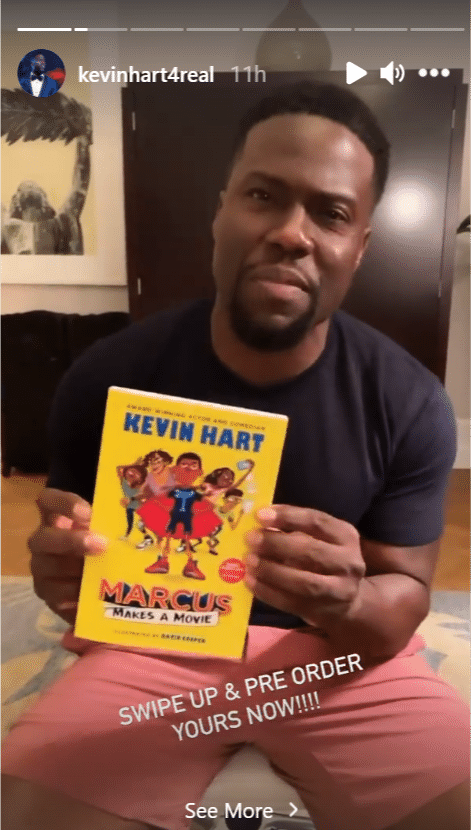 Kevin also added that the book will cover the issues of going through struggles and overcoming them. He said that the book is about “having a wall in front of you and breaking that wall down”. He also added the book would be “encouraging and inspiring” for the readers. The actor shared his story about being told “no” but working hard and “pushing” to achieve his goals anyway. He lastly told his fans that he would like to hear about their own “No stories” and begin a “No stories movement”.

A short while ago, he posted the cover of his book on Instagram and wrote in the caption, “If you can dream it, you can definitely do it!”. He then promoted his book and gave due credits to everyone who was involved in the its making. Kevin Hart has starred in a number of hit films in the last few years, such as Jumanji: Welcome to the Jungle and its sequel, Central Intelligence and many more.