Makers announced the commencement of 'Killing Eve' season 4 with a new BTS clip. Season 4 will be the finale season of the spy thriller series. 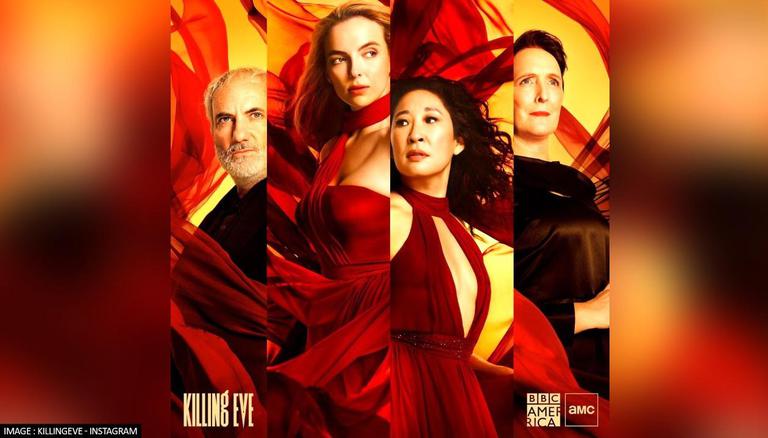 
After a year of Killing Eve season 3 finale aired, the makers of this cult-hit show have confirmed that filming for season four is finally underway. The spy thriller series premiered back in 2018 and has since then gained an ever-increasing fan following over the last couple of years. The television network earlier this year announced that season 4 will be the final season of the show and will premiere in 2022 with a total of eight episodes.

The makers of the series dropped a short teaser on the official Instagram page of Killing Eve and announced that the show had begun filming for season four.  Audiences are offered a small glimpse of the behind-the-scenes process in the teaser. The short clip also features a clapboard with a date written, followed by lead actor Jodie Comer herself in front of the camera shooting a scene. As the makers shared the clip they wrote, "Our lips are sealed. Mostly."

The spy thriller series is based on the Villanelle novel series written by Luke Jennings. The show stars Sandra Oh and Jodie Comer in the lead roles. The story chronicles a British intelligence service agent named Eve Polastri (Sandra Oh), who takes on the task of catching the psychopathic assassin named Villanelle (Comer). Throughout the first three seasons, the pair constantly find themselves in a thrilling cat-and-mouse chase that takes place all across Europe, during which they form a mutual but dangerous obsession with each other. The series is led by a different female head writer every season. The first series had Phoebe Waller-Bridge as the head writer, the second series Emerald Fennell, the third series Suzanne Heathcote and the fourth and final series Laura Neal.