Kim Kardashian & several other celebrities got accused of cultural appropriation in 2021 by the netizens. Read on to see a list featuring five such cases. 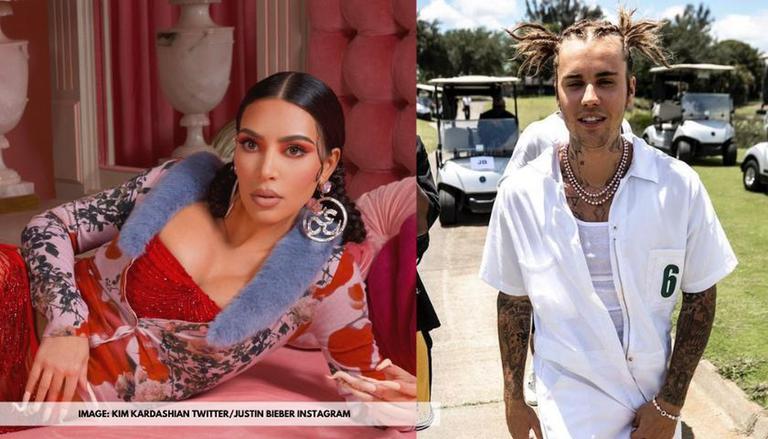 
Time and again, inspired by the lore, ways and the nitty gritties of the culture of a foreign land, celebrities such as Kim Kardashian and Justin Bieber, amongst others, have taken to change something about them and flaunt their new look, hoping that it will come across as a mark of respect and adoration for that culture. But, these moves on the part of the who's who of Hollywood have met with severe backlash from the Internet and media houses of that particular country alike, accusing them of cultural appropriation. This article is essentially about the most recent cases of cultural appropriation in hollywood and how have people responded to the same. Read on to know more.

Kim Kardashian very recently debuted her new earrings, which had the Hindu symbol of "Om" on it, on her Instagram. But, this excitement for the Armenian reality television star and social media influencer remained short-lived as several dwellers of the Internet promptly expressed their disagreement and outrage through their social media accounts. Through the same, they communicated that Kim Kardashian's earrings contain a sacred symbol and it is not something that should be used for an accessory. The post featuring Kim Kardashian's earrings can be found below.

2) When Justin Bieber sported dreadlocks and faced backlash for it

It wasn't too long ago when the singer of the most recent viral hit tuner, "Peaches", Justin Bieber flaunted his new dreadlocks to the world through a series of most recent Instagram post. Justin Bieber's photos, within a short span of time since their release, became a subject to the anger of Netizens. The musician was called out for supposedly appropriating African American culture.The most recent addition to the list of Justin Bieber's photos, which sees the singer sport the aforementioned dreadlocks, can be found below.

One of the most recent cases of cultural appropriation backlash is the one faced by Saturday Night Live sketch writer Michael Che. He was accused of cultural appropriation for the sketch he wrote for the episode featuring Elon Musk and Miley Cyrus. Michael's skit, titled 'Gen Z Hospital' on May 8, attempted to take a dig at Generation Z's use of slags but the netizens pointed out that some of them emerged from the African American Vernacular English (AAVE).

The slangs in question included the likes of "bestie," "Go off, king," "sis," "stan," "bruh," "cringe" and several others, which were incorporated in the sketch that was ultimately performed by Kate McKinnon, Mikey Day, Heidi Gardner, Ego Nwodim, and Bowen Yang. Michael faced backlash from the netizens who claimed that the sketch was appropriating Black culture with mostly White cast members. In response, a stunned Michael Che released the following tweet which has now been deleted but was also shared by Nick Gillespie on his Twitter.

On @nbcsnl, Michael Che wrote a sketch featuring @elonmusk that was accused of appropriating "African American Vernacular English" (AAVE), despite Che being African American. Here is Che's explanation, since deleted, telling critics to screw off, over several tweets. 1/5 pic.twitter.com/rgeZdsXDxQ

Yet another example of a case of cultural appropriation in Hollywood is the time when Rihanna caught the eyeballs of many outraged and shocked fans through her images that saw her wearing nothing but satin shorts with a pendant that had the idol of Lord Ganesha on it. The row over the same went on for several weeks. The controversial post can be found below.

5) Kendall Jenner and the backlash over the 818 tequila commercial

Kendall Jenner had recently launched a tequila brand that goes by the name of 818. But the launch did not go as smoothly as Jenner had hoped as its latest commercial received major backlash from netizens. The commercial, sees Jenner strolling around in an agave farm based out of Jalisco, Mexico. Many users accused her of cultural appropriation and said that she is being disrespectful towards the native workers in the farms by wearing the same outfit as a costume for the photoshoot of her 818 advertisements.