American beauty mogul Kim Kardashian who knows how to put her best look forward every time while stepping out, recently made a shocking revelation. 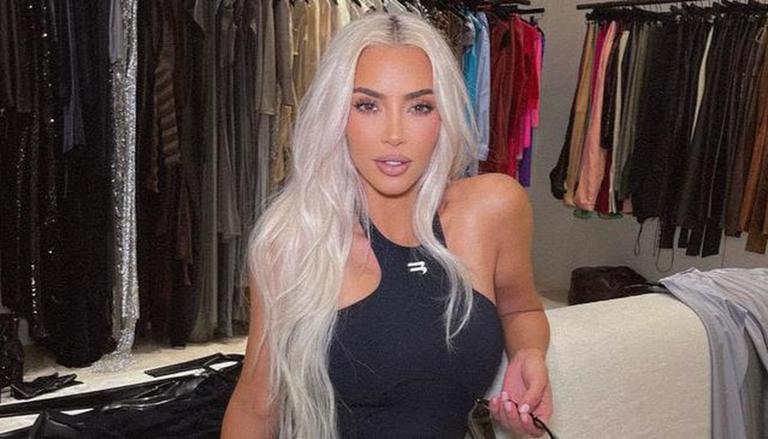 
American beauty mogul Kim Kardashian knows how to present her best look forward every time while stepping out. The prominent star who is one of the most trending names on the internet recently made a bizarre revelation that left her fans quite surprised. Kim, who owns branches of her popular beauty brand Skims, has now ventured into skincare.

The 41-year-old star during his recent conversation with The New York Times, spoke about her skincare line, SKKN while sharing her beauty secrets. During her candid chat, the entrepreneur left fans in shock after she revealed that she can try anything to keep her looking young.

Kim Kardashian reveals can consume anything to look young

The Keeping Up with the Kardashian star admitted trying "anything" that would make her look young and good. While sharing her views on the same, she disgusted her fans by saying that she can even consume faeces for instance if it worked magic on her. "If you told me that I had to eat poop every single day and I would look younger, I might," she added. "I just might." However, she even shed some light on her nine-step skincare routine.

During her conversation with the leading International daily, Kim said that many people act like they don’t care about how they look. However, keeping herself aside as an exception, the star revealed that she does not want to act like that and instead feels that people should not apply anything when they wake up. She suggested further the use of certain ingredients including The P.R.P. facials, stem cell facials, lasers, and much more for good skin.

Kim's statement did not seem to go well with fans as they started sharing their hot takes on the same while some were simply disgusted by her thoughts. One of the users commented upon the same and wrote, "#KimKardashian says she'd eat #poop daily if it made her look #younger. & of course, not to be outdone, #KrisJenner said she’d eat #Khloe if it would make HER look younger." Another user quoted Kim's exact words to the International media outlet while mocking her thoughts. A third Twitter user asked about the beauty mogul's "obsession with poop".

#KimKardashian says she'd eat #poop on a daily basis if it made her look #younger. & of course, not to be outdone, #KrisJenner said she’d eat #Khloe if it would make HER look younger. #Trending #KUWTK #KimK #WhatsGoingOn #TheMoreYouKnow #BREAKING #BreakingNews #ForReal #TikTok pic.twitter.com/P5VncHlJb6

"If you told me that I literally had to eat poop every single day and I would look younger, I might. I just might."#KimKardashian

I drink lots of water, exercise, take a daily multi vitamin, exfoliate with pudding stones from Jamaica Pond & get monthly facials using red clay from the @fenwaypark infield. But I draw the line at eating poop every day. 💩 #KimKardashian pic.twitter.com/iBhBO5PfyG

Meanwhile, Kim Kardashian had recently landed into a controversy after her strong revelation post Met Gala 2022 red carpet appearance. American socialite had revealed she lost 16 pounds in three weeks to fit into her Met Gala dress which was worn by Marilyn Monroe. Many stars had criticised Kim for starving herself to fit into the dress. Kim Kardashian walked the red carpet of the Met Gala 2022 with her beau Pete Davidson. She had worn legendary star Marilyn Monroe's iconic "Happy birthday, Mr. President" dress.

WE RECOMMEND
Kim Kardashian reveals how she repeated her 2011 dress for Kourtney-Travis' Italy wedding
Kim Kardashian-Pete Davidson jet off to London for romantic holiday; pics go viral
Kim Kardashian apologises to family for trouble due to relationship with Kanye West
Kanye West told Kim Kardashian her 'career is over' after she styled her outfit? Read here
Kim Kardashian shares collage of beau Pete Davidson's SNL journey as he bids adieu to show