Kim Kardashian has been the talk of the town ever since she made her relationship with SNL comedian Pete Davidson official on social media. 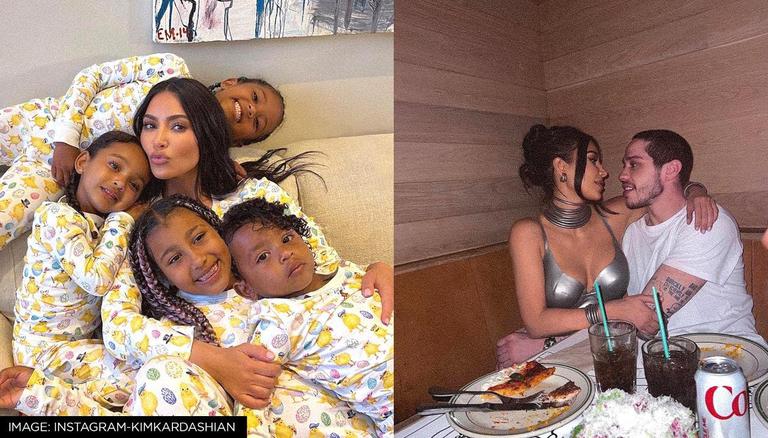 
Popular reality show star Kim Kardashian has been the talk of the town ever since she made her relationship with SNL comedian Pete Davidson official on social media. Her beau is also often seen spending time with her children, who she shares with her ex-husband and rapper Kanye West. Kim mentions she waited about six months before she introduced her four children to Pete and shares some more details about the situation.

Kim Kardashian on introducing her children to Pete Davidson

In a recent conversation with Today, Kim Kardashian spoke about how she introduced her children, North, Chicago, Psalm and Saint to her beau. She mentioned she waited six months to do so and stated that although different things work for different individuals, she had to 'do what feels right'. She also stated that she had to do so while being as 'respectful and cautious' as possible. The KUWTK star said:

"I definitely wanted to wait six months. Different things work for different people, but you just have to do what feels right, and be as respectful and cautious as possible!"

Kim's son Saint West was recently spotted spending quality time with his mom's boyfriend. The duo spent one-on-one time as they stepped out for lunch together. Pictures from their outing went viral on social media. Pete has also been spotted with Kim and Kanye's oldest child, North West in the past as the duo took a joy ride in a pink Moke car.

She called him the 'the best dad' as she thanked him for loving their kids the way he does. Speaking to Today, Kim also shed light on the family's Father's Day celebrations. She mentioned they had dinner together after the kids spent the day with their dad.

She also shared that North cooked for the family and said, "We had Father’s Day at the house. And the kids spent the day with him. Then we had a big Father’s Day dinner and North cooked! Of course, I wanted to honour and respect the amazing people and fathers in my life."