Kim Kardashian Wants Her Romance With Pete Davidson To Be 'private' & 'low-key': Reports 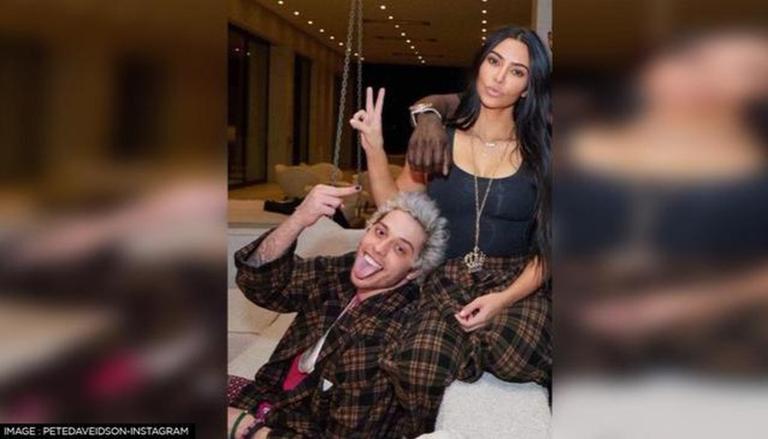 
Kim Kardashian and Pete Davidson made the headlines as they were spotted holding hands earlier this week as they celebrated Pete's birthday. Several sources confirmed that the duo was officially dating after meeting on Saturday Night Live earlier this month. Reports now suggest that even though the couple is 'officially' going out with each other, Kim wants to keep their relationship 'low-key'.

Kim Kardashian and Pete Davidson were photographed holding hands together earlier this week in Palm Springs, California. The duo celebrated the Saturday Night Live comedian's birthday and a group photo of the couple with Kim's mother Kris Jenner and rapper Flavor Flav have been making its round on the internet.

However, a source told Page Six that even though they were officially dating now, the reality tv actor wants their relationship to be low-key. They said, "They’re still getting to know each other, and want as little pressure as possible. They’re trying to keep it under wraps. They’re dating. There’s no formal title. They’re dating and getting to know each other — still figuring it out."

Meanwhile, Kardashian called it quits with Kanye West after almost seven years of marriage. The duo share four kids-North, Saint, Chicago, and Psalm West. In January 2021, CNN reported that Kardashian officially filed for divorce and cited 'irreconcilable differences' as the cause of divorce and agreed to joint custody of their four children.

Rumours about Kim Kardashian and Kanye West's divorce started doing the rounds after Kanye West went on a Twitter rant and tweeted many bizarre things, one of them being that the Kardashians were trying to lock him up. Even though the couple called out quits, Kardashian attended all of Kanye's Donda album hearing parties with their kids.  A source close to People said that Kim did not want her kids to stay away from their father and that the two were trying really hard to co-parent their kids after their divorce. The rapper had also reportedly moved on and is dating model Vinetria.

On the other hand, Pete Davidson was dating Bridgerton star Phoebe Dynevor but the two called it quits just a few months after dating. Davidson was also engaged with singer Ariana Grande back in 2018 but called it off five months later.