Netflix recently dropped the official trailer of the third and final film of the franchise, 'The Kissing Booth 3'. The film will release on August 11, 2021. 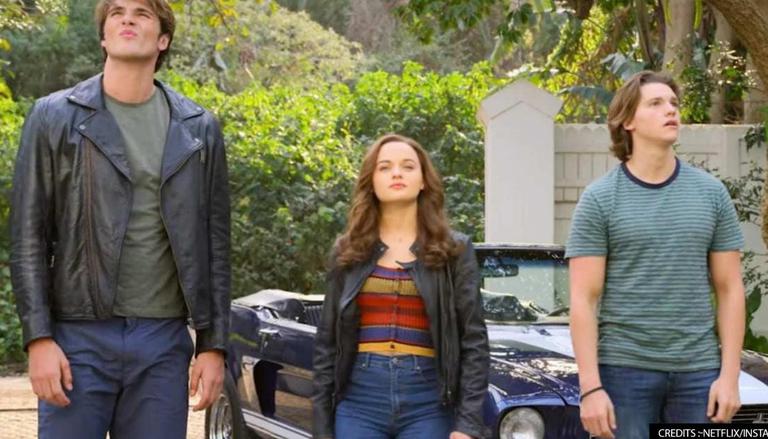 
Netflix's teen love story franchise's third and last instalment The Kissing Booth 3's trailer has been released. It is one of the most anticipated movies on Netflix due to the second instalment's cliffhanger ending. The OTT giant recently dropped the official trailer and also announced the show will start premiering on August 11, 2021.

The Kissing Booth 3 trailer sees its leads, Elle, Lee, and Noah, on a rollercoaster ride of fun at their beach house. While spending their last summer before moving to college, Lee and Elle find the bucket list that they hid years ago. Both Lee and Elle start striking out the adventures from their bucket list. While they enjoy the adventures, Elle faces a dilemma as she has to choose between Lee and Noah to go college with. As Elle tries to escape her confusion, she runs into Marco. Elle seeks help from Noah's mother, who asks her to make her own decision. The final instalment in the franchise would decide whose heart Joey King's character will break.

As per the plot of the teen-drama which gained much fandom over the years in the OTT platform, it focuses on the lives of two best friends Elle and Lee, who stick to the list of promises that they made as children. However, things take a turn when Elle eventually breaks a promise by falling in love with her long time crush and Lee's elder brother Noah. Elle and Lee's friendship falls into jeopardy when Lee comes across Elle and Noah's secret affair. Elle finally manages to convince her best friend. Noah and Elle reunite when Lee understands their feelings for each other.