Kit Harington Talks About His Struggles With 'addiction', Says He Felt 'suicidal'

Kit Harington in an interview and talked about his addiction struggles and how rehab helped him to change for good. he also shared that he felt suicidal. 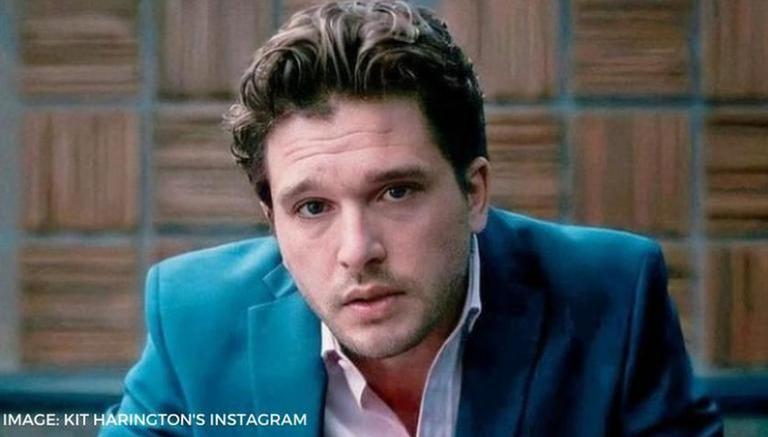 
Kit Harington impressed the audience with his performance as Jon Snow in HBO's popular series Game Of Thrones. Harington received worldwide fame after the show's release. In an interview, the actor opened up about his struggle with addiction and how he felt suicidal during that period,

Kit Harington on his addiction struggles

In an interview with the Sunday Times Magazine, Harington said that "things that have happened to me since Game Of Thrones ended, and that were happening during Thrones, were of a pretty traumatic nature and they did include alcohol." He further said that he was depressed during that period and "I wanted to do all sorts of things." In 2019, Kit Harington checked himself into a rehab facility in Connecticut and has been sober ever since. He admitted that his stint in rehab changed him for good and added "You get to a place where you feel like you are a bad person, you feel like you are a shameful person. And you feel that there's no way out, that's just who you are. And getting sober is the process of going, 'No, I can change'."

Last year Kit Harington welcomed his first child, a baby boy with his wife Rose Leslie. Harington met his now-wife Rose Leslie on the sets of the show, who played the fierce wildling Ygritte to his honourable warrior Jon Snow. The actor is an interview with SiriusXM's Jess Cagle show talked about how they were adjusting to parenthood. The actor said that it was difficult but he and his wife Rose had become even closer because of the journey.

Kit Harington is all set to make his Marvel Cinematic Universe debut with the superhero movie Eternals. The movie is set after the events of Avengers: Endgame and is about the Eternals, an immortal alien race created by the Celestials who have secretly lived on Earth for over 7,000 years and reunite to protect humanity from their evil counterparts, the Deviants. The movie stars an ensemble cast including Gemma Chan, Richard Madden, Kumail Nanjiani, Lia McHugh, Brian Tyree Henry, Lauren Ridloff, Barry Keoghan, Don Lee, Gil Birmingham, Harish Patel, Salma Hayek, and Angelina Jolie. The movie is being directed by the Academy Award winner director Chloé Zhao. Eternals is scheduled to be released in the United States on November 5, 2021, as part of Phase Four of the MCU.

READ | 'Friends Reunion': Kit Harington calls himself a part of the 'Geller Family'; here's why

WE RECOMMEND
'The Empire' trailer out; Kunal Kapoor show reminds fans of 'GoT' and Bhansali movies
'Doctor Who' 13: New trailer sees this 'Game Of Thrones' character in next season
Kit Harington reveals his favorite Game of Thrones moment came during a pee break
Two more 'Game of Thrones' animated shows announced by HBO Max
Jason Momoa did not appreciate "icky" Game of Thrones question about sexual assault scene