'Shame on you': Kourtney Kardashian Slams Paparazzi For Monetising Her 'nightmare' Amid Travis' Ill-health

Reality star Kourtney Kardashian's husband, Travis Barker recently made headlines after he was hospitalised due to 'life-threatening pancreatitis' 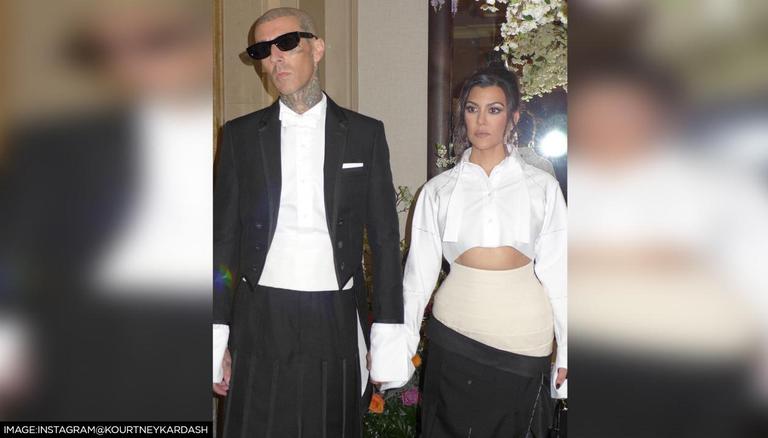 
Reality star Kourtney Kardashian's husband, musician Travis Barker recently was hospitalised due to 'life-threatening pancreatitis'. A few days after the news of the drummer's hospitalisation, reports and pictures of the former being 'out and about' while her husband was in the hospital began doing the rounds. Kardashian has now taken to her social media account to slam the paparazzi who used those pictures, which she claims are old as she did not leave Travis' side while he was ill.

The Kardashians star penned down a note on her Instagram story and mentioned that the pictures of her that were released while Travis was in hospital were in fact 'taken weeks ago'. She mentioned he couldn't remember the last time she wore the outfit she was wearing in the pictures and called it a 'new level of low'. She slammed the paparazzi for monetising the family's 'nightmare' and emphasised that she never left Travis' side. She wrote:

"To the paparazzi who sold pictures of me “out and about” while my husband was in the hospital fighting for his life...these were photos actually taken weeks ago, (I can't even remember the last time I wore that sweatsuit in the photos)... I didn't forget about you. A new level of low, monetizing off of our nightmare. Really savagely uncool when I actually didn't leave his side...shame on you." Travis took to his Instagram account and narrated the events that led to his hospitalisation. He mentioned that he underwent an endoscopy, after which he felt excruciating pain and was rushed to the hospital. The 46-year-old was then diagnosed with 'severe life-threatening pancreatitis' and updated his fans that he was now 'much better'. He wrote-

"I went in for an endoscopy Monday feeling great. But after dinner, I developed excruciating pain and have been hospitalized ever since. During the endoscopy, I had a very small polyp removed right in a very sensitive area, usually handled by specialists, which unfortunately damaged a critical pancreatic drainage tube. This resulted in severe life-threatening pancreatitis. I am so very very grateful that with the intensive treatment I am currently much better." 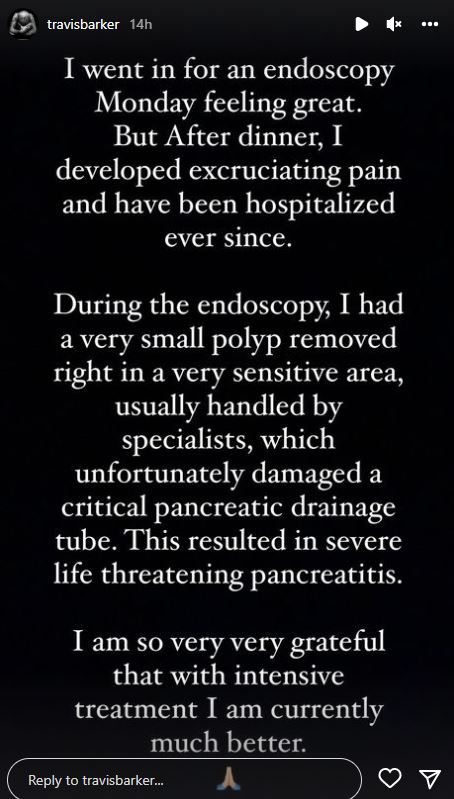