Lily James was recently spotted in Pamela Anderson's look for the show Pam & Tammy. Read further ahead to know more details about the show. 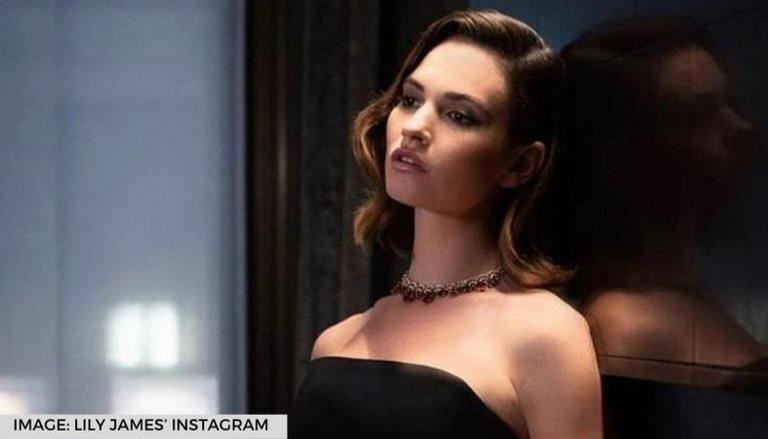 
Actor Lily James who is playing the role of Pamela Anderson in the upcoming show Pam & Tommy, was recently spotted in her character’s look in Los Angeles. Pam & Tommy is set to release soon and stars Sebastian Stan, Seth Rogen and Lily James in lead roles. The show will be available to stream on HULU.

Lily James was spotted with long platinum blonde curls and wearing Pamela’s signature velour tracksuits in blue. The actor can also be seen in a long black overcoat and sunglasses as she walked while holding her phone and bag. The photos were reportedly taken on the sets of the show in Los Angeles. Take a look at Lily James’ photo below.

she’s so cute with her “Pam” trailer 🤏🏼 pic.twitter.com/lTEY0bi8ty

Pam & Tommy is an upcoming biographical drama starring Lily James as Pamela Anderson and Sebastian Stan Tommy Lee. The show will revolve around the relationship of this former couple in the initial stages and the scandal of their sex tape getting leaked. Recently, co-actor and producer of the show shared the look of his co-stars and himself on Twitter. Have a look.

My co-stars, Sebastian and Lily, are a lot cooler than I am. #PamandTommy pic.twitter.com/r8YWh1eBuJ

Pam & Tommy follows the relationship of Pamela and Mötley Crüe drummer Tommy Lee. They got married in 1995, less than a week after they met. Later on, a private tape that they made during their honeymoon was stolen from their house and leaked online. Pamela and Tommy sued the distributor and reached a settlement under which the tape became public again.