Lisa Kudrow Says Her Son's Reaction After Watching 'Friends' Was 'demeaning'; 'He Said...'

In a recent interview, Lisa Kudrow mentioned that her son Julian Murray Stern's reaction to her iconic sitcom 'Friends' was demeaning. Read on to know. 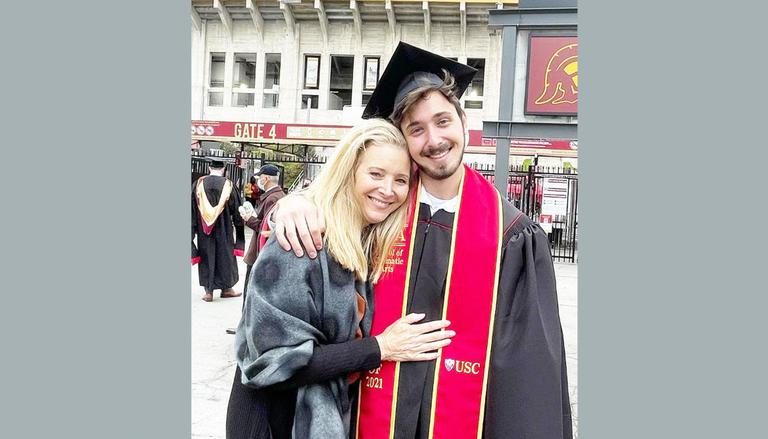 
Lisa Kudrow is loved by many for her stint as Phoebe Buffay in the iconic sitcom Friends. While the actor is hailed by people across the globe, her son isn't a big fan of her performance. In a recent appearance on Late Night With Seth Meyers, Lisa mentioned that her son Julian Murray Stern finally watched Friends while he was down with COVID.

Narrating her conversation with Julian after he watched the first few episodes, Lisa revealed he found her male co-stars funnier. Lisa added that while Julian complimented her Phoebe Buffay avatar eventually, she wondered if her son had to be so 'demeaning'.

Spilling beans on the duo's conversation, Lisa said, "He called me up and said, 'So I just watched the first two episodes. It's really good, Mom,'" she recounted. "I said, 'Thanks.' He said, 'Can I ask you some questions about that?' I'm like, 'Yes!' I almost started crying. I didn't think that anyone in my family liked that show."

READ | 'FRIENDS' star Lisa Kudrow talks about her style on the show, says 'fittings were not fun'

A post shared by Late Night with Seth Meyers (@latenightseth)

Lisa revealed he was 'impressed' after seeing the show, adding that it came as a 'genuine surprise' to him that it was actually good. "He said, 'It's actually really funny," Kudrow mentioned and quoting her son, added, "I mean, the guys are so funny.'"

Accordign to People, Kudrow said that her son did acknowledge she was also funny in her Phoebe Buffay role. "He's like, 'No, I mean you're funny too,'" she said, before joking, "Never in my life have I wanted to tell my own kid, like, 'F--- you!' I mean, I thought it, I didn't say it."

She concluded by talking about her son's relationship with her work. "You don't have to like what I do. But don't … be so demeaning!".