Lois Lane's Pregnancy In Justice League CONFIRMED By Zack Snyder, But Whose Baby Is It?

Lois Lane's pregnancy in Justice League confirmed by Zack Snyder, but, whose baby is it? Read on to find out about the popular theory circulating on the net.

Zack Snyder's Justice League has raised many questions regarding the future trajectory of the characters that it featured and introduced. In addition to the same, Zack Snyder's Justice League has been credited for hiding some of its easter eggs in plain sight. A few of those caught the eyes of eagle-eyed fans quite recently, which made them wonder, "Is Lois Lane pregnant?". Snyder, in an interview with the officials at Esquire, quite recently confirmed that Lois Lane indeed had a baby on the way, which can be evidenced by two sequences featuring Amy Adams' reporter in the film. Read on to know more about those two hints.

One of the visuals that made many ask the question "Is Lois Lane pregnant?" was a visual of Lane's nightstand, which saw her Daily Planet ID card accompanied by a pregnancy test pack. This sequence shows up shortly after her big reunion with Superman, whose loss she can be seen grieving for the most part of the film. The still from the film can be found below. 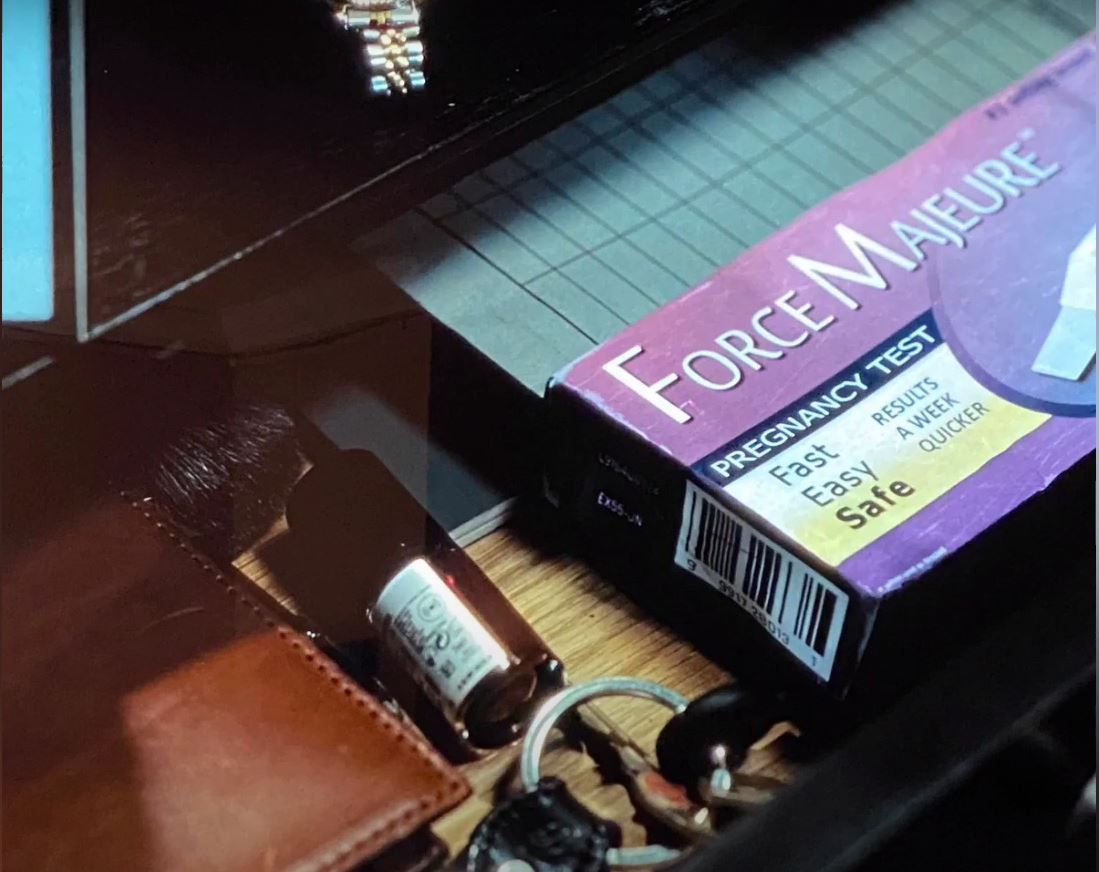 2) When the cardboard box was digitally replaced by a baby-carrier:

One of the other noticeable things is the difference between one of the finale sequences of Zack Snyder's Justice League and that of the Joss Whedon version from back in 2017. As many have noticed, Joss Whedon's version saw Amy Adams' character hauling in a cardboard box while accompanying Martha Kent as they both enter their freshly-reclaimed farm. Snyder's Magnum Opus, on the other hand, saw Adams' Lois Lane carrying in a baby-carrier when the same sequence unfolded. The scene that is being spoken about is the one that ends with Ben Affleck's Bruce Wayne famously saying "I Bought The Bank". The stills from both films can be found below. 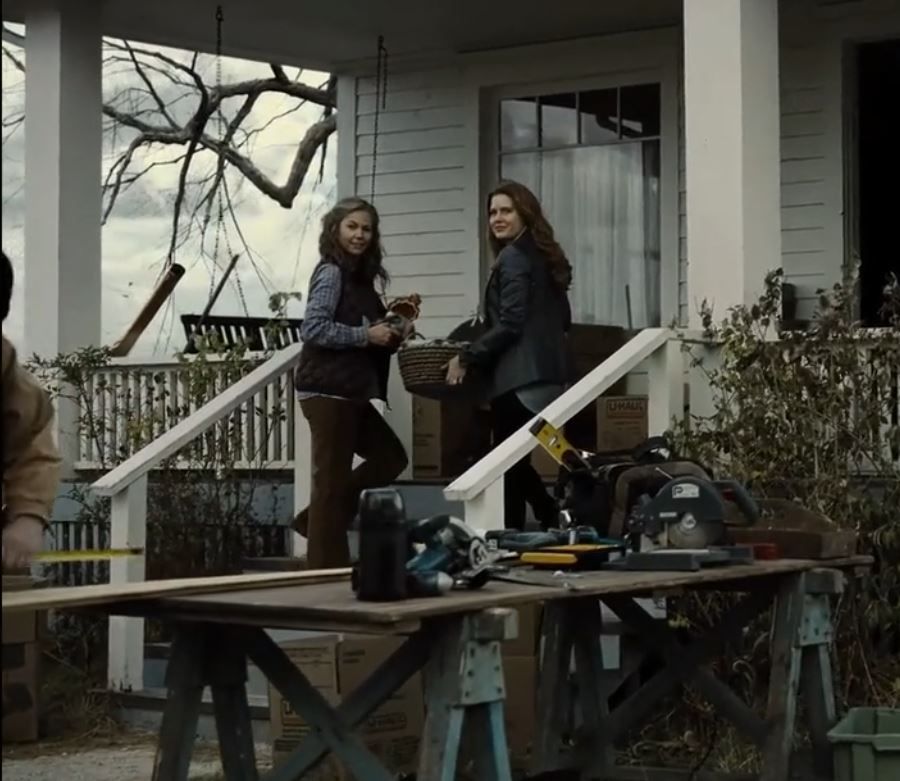 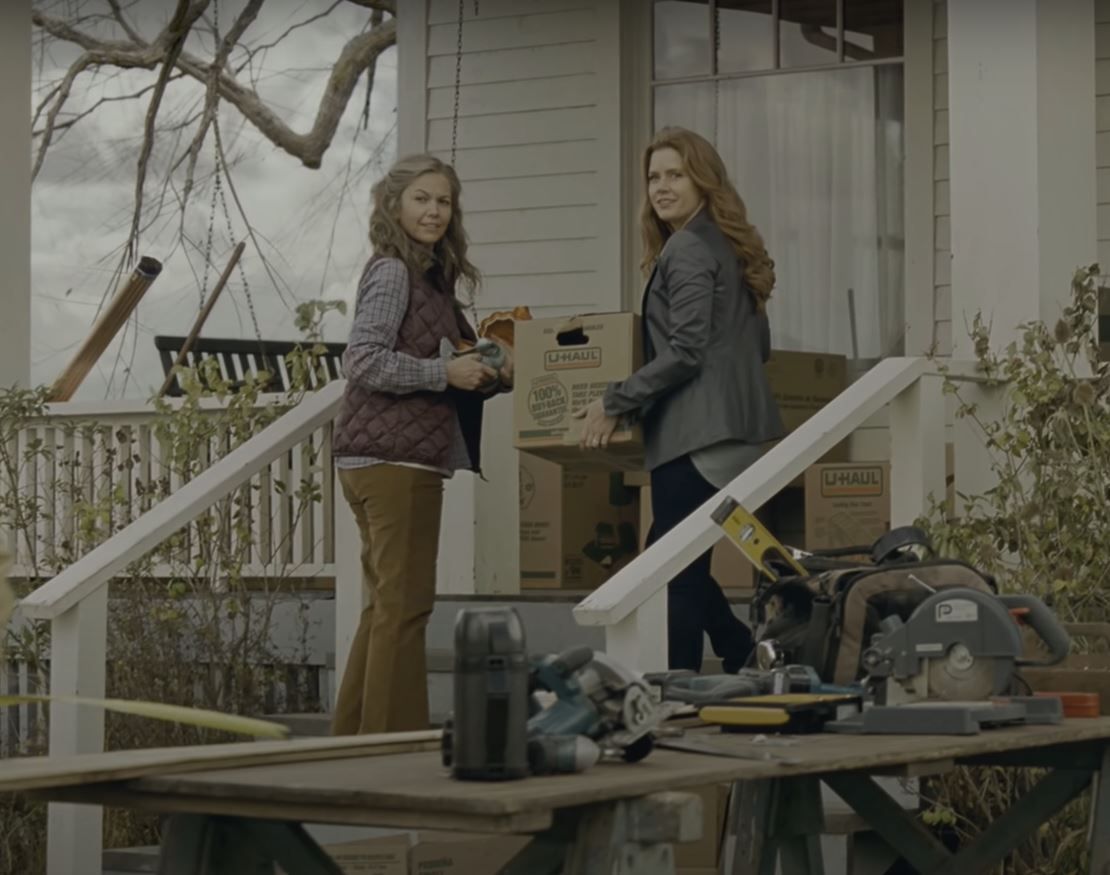 Whose baby is it?

As reported earlier, Zack Snyder had planned on showing that Bruce Wayne and Lois Lane would get romantically involved, which would have meant that the baby would have belonged to two of its grief-stricken characters, but as per Snyder, Warner Bros. never truly gave a green light to it. In the light of the information that has been released thus far, several independent reviewers, such as Grace Randolph have theorized that the actual father of the baby might just be Superman himself. The video which saw her pointing out and theorizing upon the same can be found below.

READ | How many parts are there in the Snyder Cut? How to watch Snyder's Justice League?

The moment the above video crosses the 40-minute mark, Randolph, while on the topic of Lois' pregnancy, can be heard saying that, "And I also figured that, it's pretty clear, that he (Superman) is having a baby! Because I don't know if you saw this, it's very quick, but when Lois gets the press badge out of the drawer next to her bed, there is a pregnancy test in there. It had a really interesting name. I don't remember what the name of the pregnancy test is, but I was like "That is a crazy name for a pregnancy test. But, if you're familiar with Zack Snyder's whole outline for the Justice League saga, Lois was supposed to have a baby. Now, it was originally going to be Bruce's, but I believe in this story, here, it's Clark's, which is why she is so upset that he is dead!"  However, as far as Snyder is concerned, he has only confirmed Lois' Pregnancy. He hasn't divulged details on the father of the child yet. More details regarding the same shall be shared with the readers as and when they are made available.

The film, which is now available for streaming, stars Ben Affleck, Gal Gadot, Jason Momoa, Henry Cavill, Ray Fisher, Ezra Miller, Ray Porter, Joe Manganiello, J.K Simmons, Jeremy Irons, Ray Porter, and Ciaran Hinds, amongst others. Very recently, the makers of the same had revealed the six chapters that the film, which is touted to be Zack Snyder's Magnum Opus, is going to be divided into. Those chapters, in chronological order, are "Don’t Count On It, Batman”, "The Age Of Heroes", "Beloved Mother, Beloved Son", "Change Machine", "All The King’s Horses" and "Something Darker".

As far as Justice League Snyder Cut's release date in India is concerned, the film that is said to be Zack Snyder's Magnum Opus is now available for streaming to Indian viewers on the BookMyShow streaming app. In order to be able to see the film, a BookMyShow user will have to shell out approximately Rs. 149 (Which roughly translates to US $2) in order to see the film on rent, while one can purchase the same for INR 698 (Which is roughly a hair above US $9).