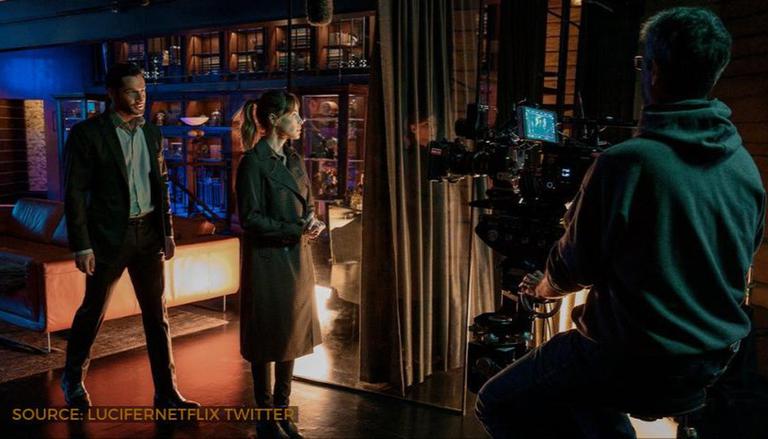 Lucifer is an urban fantasy television series. It is one of the most popular shows on Netflix. Like many other projects, it’s production for the new season was halted due to the COVID-19 pandemic. The makers completed and released season 5 part A, and were filming part B. Now it is announced that the series has completed season 5 part B filming and commenced season 6 shoot.

Joe Henderson serves as an executive producer on Lucifer. He took to his Twitter handle to reveal that the team has begun shooting for Lucifer season 6. He even mentioned that they have wrapped up filming for the remaining part of season five. Henderson thanked the “incredible cast and crew” for putting in all they have and following the safety protocols in the current situation.

Joe Henderson’s tweet made many fans of the series excited. Lucifer will be heading to its conclusion with its sixth and final season. Several users wrote that they cannot wait to see how it ends and are eagerly waiting for the show.

and thank you for being incredible and for keeping us updated on the situation, it means a lot to us

Also Read | 'Lucifer' Sixth And Final Season To Have Fewer Episodes Than Expected?

A few days earlier, the devil himself, Tom Ellis, who plays the titular role in Lucifer, shared a picture from the sets. He was seen wearing a face mask and also a shield. The actor mentioned that the cast and crew get tested for COVID-19 regularly. He stated that they follow safety guidelines like maintaining social distancing and more.

Ellis even questioned the President of the United States of America, Donald Trump, on why does he not wear face mask regularly. USA President was recently tested positive for COVID-19 along with the First Lady Melania Trump. Check out his post below.

This is what we have to wear at #lucifer to get back to work as safely as possible during this very real pandemic....and we get tested every day....and we have to social distance...and, as many people like to remind me I’m only an actor... Why would the president who’s in charge of everything not take the same if not more precautions?

Lucifer season 5 – part one, was released on August 21, 2020, on Netflix. It shows the devil returning to earth and engaging in a fight with his twin brother Michael. The 16th and final episode of part two was left to complete before the halt. The show resumed filming in September and is said to be moving slowly. The streaming date for the second part is not announced yet.

Lucifer stars Tom Ellis as Lucifer Morningstar. It also features Lauren German, D. B. Woodside, Kevin Alejandro, Lesly-Ann Brandt, Rachael Harris, Aimee Garcia and others. Fans are eagerly waiting to see how the series will conclude, after airing for around five years. Lucifer season 6 is expected to arrive on Netflix by mid or end 2021.