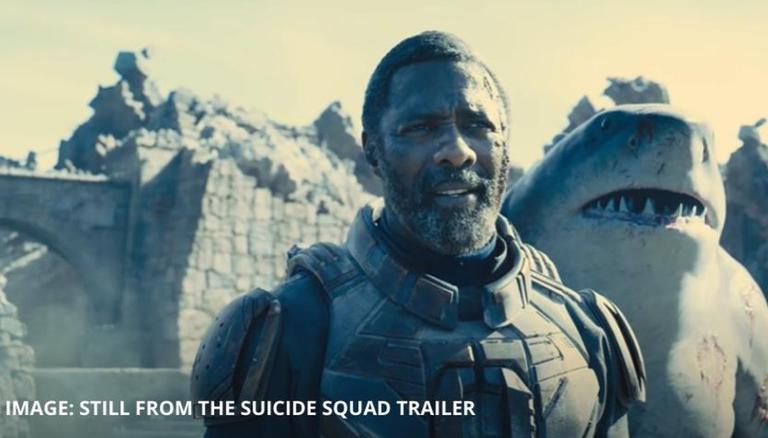 
James Gunn's highly anticipated superhero movie The Suicide Squad poster was recently unveiled by the makers. The movie will see various new celebs making their debut in the DC Universe. While Margot Robbie will be reprising her role as Harley Quinn. Along with the poster, Warner Bros. India on their verified Twitter handle also announced the release of The Suicide Squad trailer in three different Indian languages.

Check out the Hindi, Tamil and Telugu Posters of #TheSuicideSquad.
Coming Soon to Cinemas. pic.twitter.com/FQtvlbTxkP

The makers unveiled the poster of the upcoming movie in three different languages and also announced that the trailer was available in Telugu, Tamil and Hindi. The poster gave fans a sneakpeek of the characters looks from the movie. The poster featured Margot Robbie reprising her role as Harley Quinn, the 'Saturday Night Live' star Pete Davidson playing Blackguard, Idris Elba in the role of Bloodsport and also John Cena as the Peace-Maker and King Shark among others. While sharing the posters, the makers wrote "Check out the Hindi, Tamil and Telugu Posters of #TheSuicideSquad. Coming Soon to Cinemas." Check out The Suicide Squad trailer in Hindi below.

The film is written and directed by James Gunn and stars an ensemble cast including Margot Robbie, Idris Elba, John Cena, Joel Kinnaman, Sylvester Stallone, Viola Davis, Jai Courtney, and Peter Capaldi. In the film, a task force of criminals is sent to destroy a Nazi-era prison and laboratory. John Cena's character of Peacemaker is expected to be a highlight of the film as a spin-off television series starring Cena showing the story of Peacemaker is all set to air on HBO Max in January 2022. The Suicide Squad release date in India is 26th Aug, 2021.

Apart from the main characters, the movie also features David Dastmalchian as Abner Krill / Polka-Dot Man, a criminal who wears a suit filled with polka dots. Daniela Melchior as Ratcatcher 2, a villain who controls the minds of rats. Michael Rooker as Savant, a vigilante computer hacker. Alice Braga as Sol Soria, Pete Davidson as Richard "Dick" Hertz / Blackguard, Nathan Fillion as Floyd Belkin / T.D.K., who can separate his arms from his body to use them as weapons, Sean Gunn as Weasel, Flula Borg as Javelin, a former Olympic athlete who wields javelins as weapons and Mayling Ng as Mongal.

READ | The Suicide Squad: James Gunn teases the 'biggest action scene he ever wrote' for Robbie