Marilyn Monroe is one of the famous American artists who was a pop culture icon. Test yourself with the Marilyn Monroe quiz and see how well do you know her. 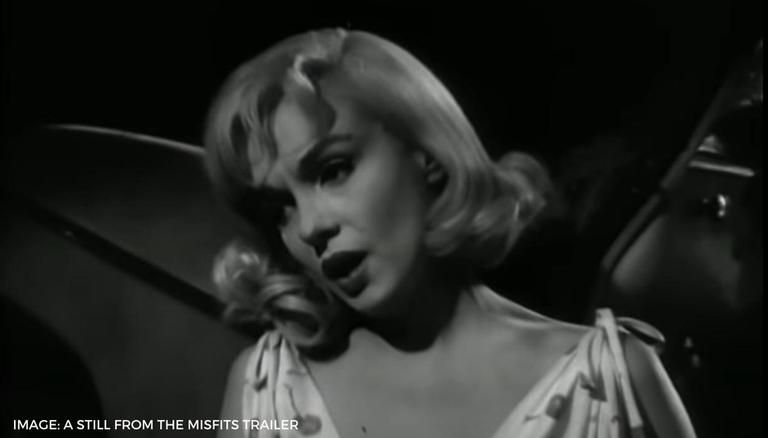 IMAGE: A STILL FROM THE MISFITS TRAILER


Marilyn Monroe was among the prolific American actors and singers known for her stellar performances in movies and television shows. She began her career as a model and featured in several advertisements and magazines. Soon, she began receiving movie roles in some of the iconic movies. Marilyn Monroe soon became one of Hollywood’s bankable artists. On the occasion of Marilyn Monroe’s birthday, see how well do you know her by taking up her quiz.

1. What was Marlyn Monroe’s birth name?

2. She appeared on the cover page for the first issue of this iconic magazine. Name the magazine.

3. What was the name of Marilyn Monroe’s mother, who would require frequent hospitalisation?

4. Marilyn married her first husband so that she would not have to go back to her orphanage. Whom did she marry?

5. In 1962, Marilyn Monroe sang the song, “Happy Birthday to You Mr. President”. Who was that President?

6. What was the name of the character she essayed in "The Seven Year Itch"?

b. Her character didn’t have a name

7. Marilyn Monroe worked with the popular English-American actor Cary Grant in which movie?

8. In which year did Marilyn Monroe die?

9. Which movie showcased her famous scene of standing and enjoying the breeze as it blew up her white dress?

b. The Seven Years Itch

c. River of No Return

10.  What was the name of Marilyn’s husband who was a baseball player?

11. Her last movie appearance was in The Misfits that was co-written by her husband at that time. Name him.

IMAGE: A STILL FROM THE MISFITS TRAILER