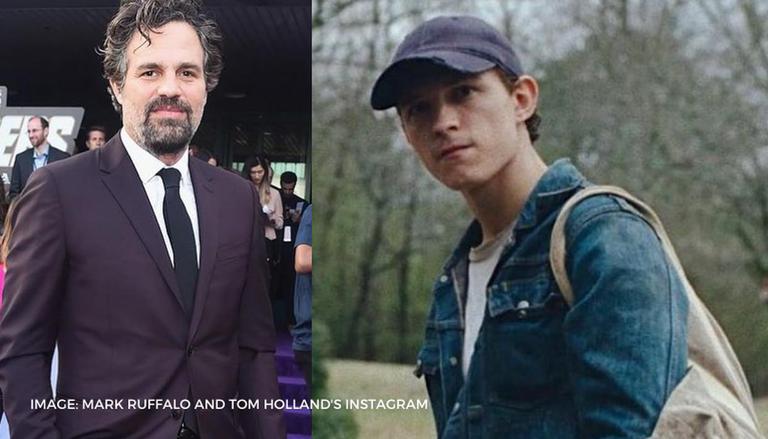 
British actor Tom Holland aka SpiderMan of the MCU celebrated his 25th birthday on Tuesday, June 1. On his birthday, the star’s fellow Marvel hero, Mark Ruffalo took to social media to wish him on his special day by making a hilarious joke at the pair's habit of getting themselves in trouble with the studio for sometimes saying too much.

In his Twitter post, Mark Ruffalo aka The Hulk shared that Tom Holland is more notorious for spoiling upcoming MCU movies than himself and also joked about their uncanny resemblance to the Avengers directors Joe and Anthony Russo. Sharing a picture of the duo holding hands during one of the press tours for their movie Avengers: Infinity War, Mark wrote, "Happy Birthday to the one who spoils more about the MCU than me and my fellow @Russo_Brothers twin, @TomHolland1996."

Happy Birthday to the one who spoils more about the MCU than me and my fellow @Russo_Brothers twin, @TomHolland1996 🥳 pic.twitter.com/XJMoRdAQiU

The netizens found Mark Ruffalo's special message for Peter Pan hilarious and started calling them spoiler besties in the comments. Many Twitterati also reminded the star of the spoilers that he has given out about the MCU movies by noting them down in the comments and were also of the opinion that he has given out more spoilers than Tom Holland. Take a look at some of the Twitter fan comments below.

Pre infinity War:
No one:
Mark Ruffalo : “But Thanos doesn’t win in the end game”

We are all ready for a Spider-Man/Hulk team-up movie, no matter how much you guys would spoil it.

Mark, I hate to say it, but I think Tom is slightly better than you than spilling secrets. In the words of @ChrisEvans “You leak like a bodily function”

No one spoils more than you, Mark. Can´t wait to hear the first 20 minutes of the next Marvel movie though. Watching out for that Instagram live stream.. pic.twitter.com/gY4Cba20cN

Ruffalo… you spoiled the ending of infinity war and showed the first 15 mins of ragnorak. That’s way more bigger than Tom’s small spoilers 😂😂 😂😂

A look at Mark Ruffalo and Tom Holland's movies

Tom Holland gained recognition after he featured as Spider-Man in the movie Captain America: Civil War. Post that the actor has been headlining and has been a part of several MCU team-up movies like Spider-Man: Homecoming, Spider-Man: Far From Home, Avengers: Infinity War and Avengers: Endgame. Tom will soon be seen in Marvel's third Spider-Man movie titled Spider-Man: No Way Home which is slated to release on December 17, 2021. He will also be playing the role of Nathan Drake in the movie Uncharted in which he will be sharing screen space with Mark Wahlberg.

Talking about Mark Ruffalo's movies, before entering the world of MCU as Thor, the actor has been a part of several Hollywood movies like 13 Going on 30, Shutter Island and Zodiac. The actor has also featured as The Hulk in MCU movies like The Avengers,  Avengers: Age of Ultron, Thor: Ragnarok, Avengers: Infinity War and Avengers: Endgame. He will soon be seen in the Disney+ series She-Hulk which is set to release in February 2022.