Donnie and Mark Wahlberg's mother died at the age of 78. Both the actors took to their respective Instagram handles to share their grief


Actors Mark Wahlberg and Donnie Wahlberg's mother died at the age of 78. Both the actors took to their respective Instagram handles to share the news of their mother's demise. Donnie had previously mentioned that his mother had suffered from dementia.

Donnie Wahlberg took to his Instagram IGTV video in which he compiled several moments from his life that he shared with his mother. He also penned a heartfelt letter for his mother in the caption of the IGTV. At the beginning of the caption, Donnie wrote 'For Alma 🙏🏼🕊❤️' and then wrote his feelings. Donnie wrote he is blessed to have been brought into the world, raised, taught, and set on his life by an amazing woman.

He further wrote his mom Alma's joy for life, love, and people combined with her pride shaped him into the man he is. He also wrote she was the most loving human being he has ever seen and called her the 'epitome of the word grace'. He mentioned Alma's favourite song was If I Could by Regina Belle. At the beginning of the video, Donnie shared, Regina Belle could be seen singing her song for Alma at Donnie's wedding. He signed his letter in the caption as 'Baby Donnie'.

Several celebrities commented on the IGTV video shared by Donnie. The former United States Representative, Tulsi Gabbard also commented on the video. She wrote, ''What an incredibly beautiful tribute to your mom. May the warm embrace of Gods love bring you and your family peace and comfort ❤️''. 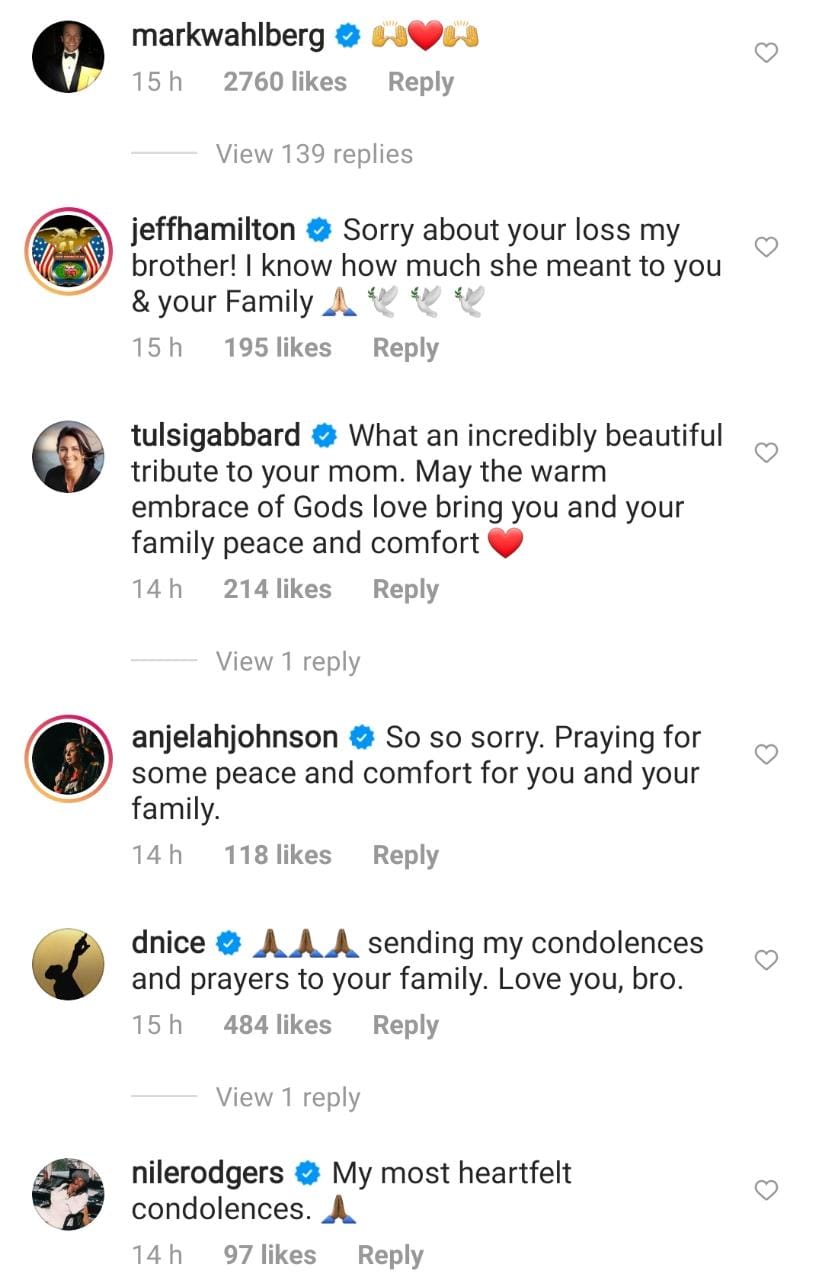 Mark Wahlberg also took to his Instagram to share a picture of her mother. In the caption, he called her mother his angel and wrote 'My angel. Rest in peace'. Mark, Donnie, and Alma also had their reality TV series named Wahlburgers.

Several celebrities extended their condolences to Mark while commenting on the photo of Alma. Actor Domenick Lombardozzi wrote, ''Sending you and the family love and strength. She will be deeply missed. May mom rest in peace''. Here's how other celebrities commented on the post. 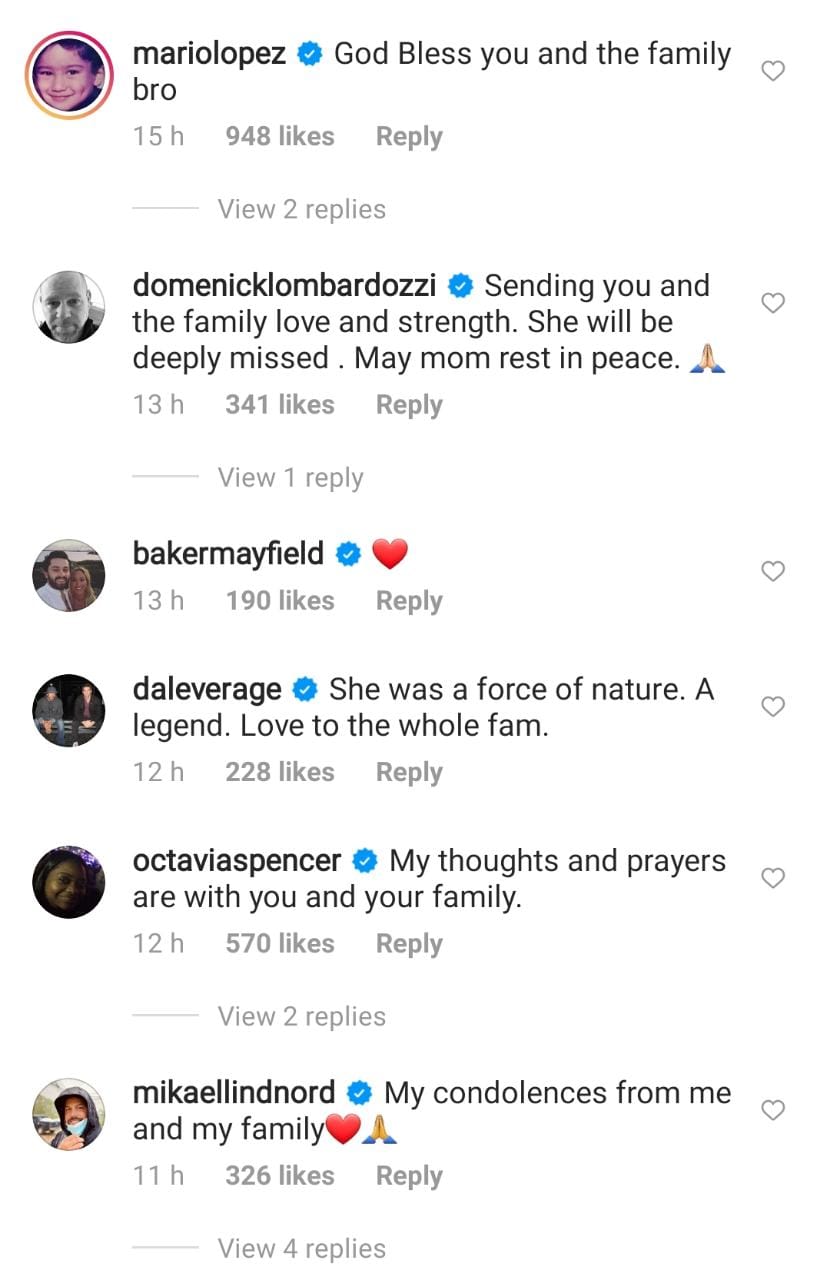