Marvel's 'What If...?': Here Are Some Mind-blowing Fan Theories That Could Be True

As Marvel's animated series 'What If...?' released on August 11, 2021, here are some mind-blowing fan theories that might have some truth to them 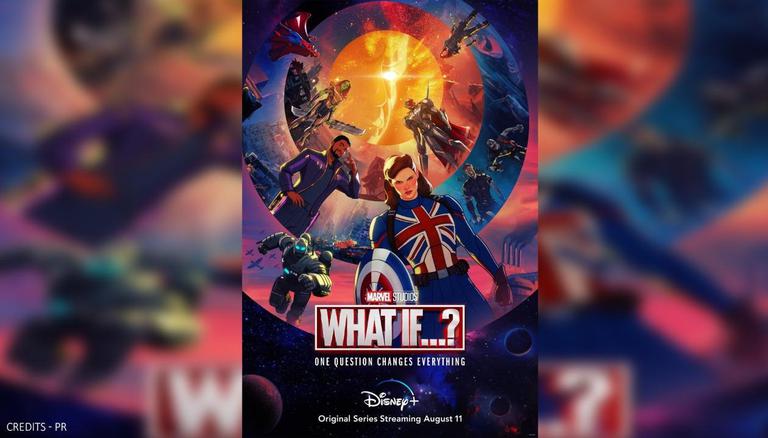 
Marvel Cinematic Universe's fourth phase has begun in full swing and has left the audiences impressed with their shows and movies. MCU is all set to release their fourth series and their first-ever animated series titled What If...?. The show is an animated anthology series created by A.C. Bradley for the streaming service Disney+, based on the Marvel Comics series of the same name. The series explores alternate timelines in the multiverse that show what would happen if major moments from the MCU films occurred differently. As What If..? releases on August 11, 2021, here are some mind-blowing fan theories that may have some truth to them.

Fan theories about Marvel's What If...?

Is Thanos with Lady Death?

Fan saw the end of Thanos in the ultimate battle of Avengers: Endgame. Many fans believe that when Thanos was destroyed in Avengers: Endgame, he was sent to be with Lady Death who is the antagonist of the Evil Ernie comics.

Will Jane Foster take over as Thor?

Will there be an Avengers VS X-Men?

READ | 'Ms. Marvel' Show: All you need to know about the upcoming MCU superhero, Kamala Khan

Who will be the next Captain America?

After Avengers: Endgame, fans were wondering who the next Captain America will be - will it be Sam or Bucky?. In the movie, Steve Rogers' was seen passing on his shield to Sam Wilson. The possibility of a new Captain America was also explored in the mini-series The Falcon and The Winter Soldier. Fans are expecting Miss America to take on the shield of Captain America.

Is Captain Marvel the new leader of the Avengers?

After the events, of Avengers: Endgame, Captain America and Iron Man are no longer on the Avengers team, who will be the new head, then? Marvel fans think it's going to be Captain Marvel, who will take over as the head of Avengers.

READ | 'Captain Marvel 2': Brie Larson talks about how upcoming film has "so much going on"

Jeffrey Wright stars as the Watcher, who narrates the series, alongside many MCU film actors like Mark Ruffalo, late Chadwick Boseman, Hayley Atwell, Benedict Cumberbatch and more reprising their roles. Following the creation of the Multiverse in Loki's first season finale, What If...? explores the various alternate timelines of the multiverse in which major moments from the Marvel Cinematic Universe films occur. Indian viewers can watch What If...? on Disney+ Hotstar.

(With Inputs from PR)

WE RECOMMEND
Marvel What If...? Release Date & Schedule: When Will Episode 1 release on Disney+Hotstar
Skipper Virat Kohli remembers his father; 'I sit down and think, what if he was here...'
Jeffrey Wright talks about Chadwick Boseman's final role as T'Challa in 'What If...?'
Walt Disney set to launch new studio, announces 'Moana' as first upcoming project
'What If…?'trailer out: Marvel Studios' first animated series to release on THIS date