Matthew Perry Splits From Fiancee Molly Hurwitz; Wishes Her All The Luck

Matthew Perry has recently broken off his engagement with former fiance Molly Hurwitz and also shared a few words on their sudden break-up. 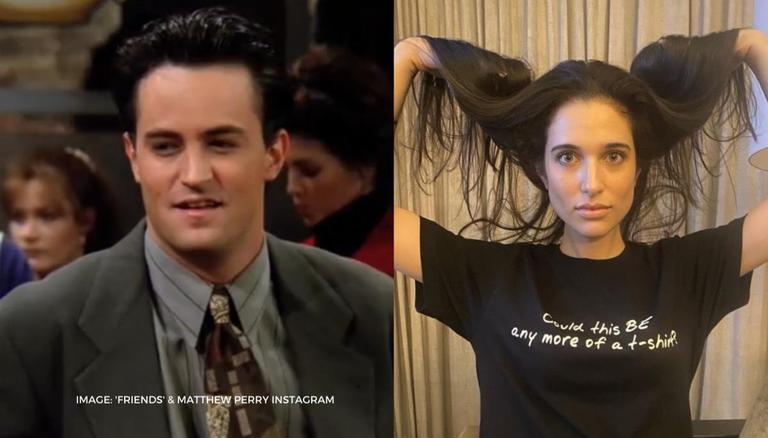 
The relationship of Matthew Perry and Molly Hurwitz has been a highly speculated affair in the entertainment industry. They had been engaged to each other for quite some time but have now decided to part ways. According to a recent report, Hurwitz and Perry have broken up months after they had announced their engagement. The Friends star confirmed the news himself and also added a note for his former fiancé. Following are more details about this recent development, and what Perry had to say about his break-up.

Matthew Perry had confirmed the reports of his engagement last November and passed a heartfelt comment on the news. He called Molly “the greatest woman on the face of the planet” while announcing their decision to get engaged. The couple had been going strong ever since and their decision to part ways may thus come across as unexpected news for many. While celebrities often refrain from opening up about their break-ups early on, the actor did not avoid sharing a few words on the news. As per People, Perry stated that “things don’t work out” at times.

However, he ended his statement on a positive notion by wishing Molly luck for her future. Even though a response has been made from Perry’s end, neither of them have stated any reasons that have led to their split. The actor had previously dated Lizzy Caplan for a total of six years before eventually parting ways with her. While he has been involved with quite a few known personalities in the past, he has not tied the knot to date.

READ | Matt LeBlanc then and now: Take a look at Joey Tribbiani through 10 seasons of 'FRIENDS'

Matthew Perry had recently appeared in the highly anticipated special episode of Friends Reunion, which premiered on various OTT platforms across the world on May 27. He was accompanied by all of his Friends co-stars as they reminisced about quite a few memorable moments from the older times. The star cast also recreated a handful of iconic moments in the show, including the 'quiz episode'. The reunion special has been released on ZEE5 in India.