Prince Harry and Meghan Markle welcomed their daughter in early June. A recent report by BBC claimed that the couple didn't inform the Queen before naming her. 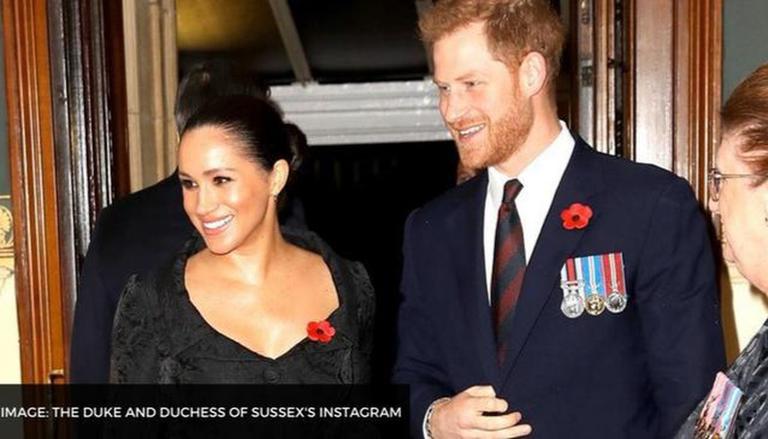 
Prince Harry and Meghan Markle welcomed their second child, Lilibet 'Lili' Diana Mountbatten-Windsor on June 4, 2021. They announced the little girl's name last week and explained that it was a homage to the Prince's grandmother, Queen Elizabeth who was nicknamed Lilibet. It also paid respect to Prince Harry's late mother Lady Diana.

Recently, a report by BBC claimed that the couple did not ask Queen Elizabeth II before naming their daughter, Lilibet. The article has disputed reports of the claims that Harry and Meghan had spoken to the Queen prior to naming their child. In the report, it was also suggested that a Sussex spokesperson had claimed that the couple would not have used the name if the Queen would have disapproved of it.

Now, the royal couple's attorneys at the law firm Schillings has sent a legal notice to BBC claiming that the report was "false and defamatory." According to a report by the BBC, Prince Harry and Meghan Markle had asked the broadcaster to not repeat the false claims in the future. Several reports had claimed that the Queen was the first family member to know of the decision to name their child Lilibet. Queen Elizabeth II issued a public statement expressing her joy over the news of her great grand daughter's birth. Harry's father Prince Charles too said that he was happy to hear the news.

Why is Prince Harry and Meghan Markle's daughter's name significant?

Prince Harry and Meghan Markle announced their daughter's name on June 6, 2021. The couple said that they had decided to name the little girl Lilibet after Prince Harry's grandmother. According to BBC, the young Princess Elizabeth would not be able to pronounce her name properly.

She would call herself Lilibet, which soon became her nickname after her grandfather King George V started calling her the same. Prince Philip, Duke Of Edinburgh and Queen Elizabeth II's late husband would also call his wife Lilibet affectionately. Apparently, the queen had signed her name as Lilibet on the funeral wreath of one of her closest friends Earl Mountbatten.