Melissa McCarthy is quite excited for her fans to see her play Ursula in the upcoming live-action adaptation of Disney's The Little Mermaid. Scroll down to read 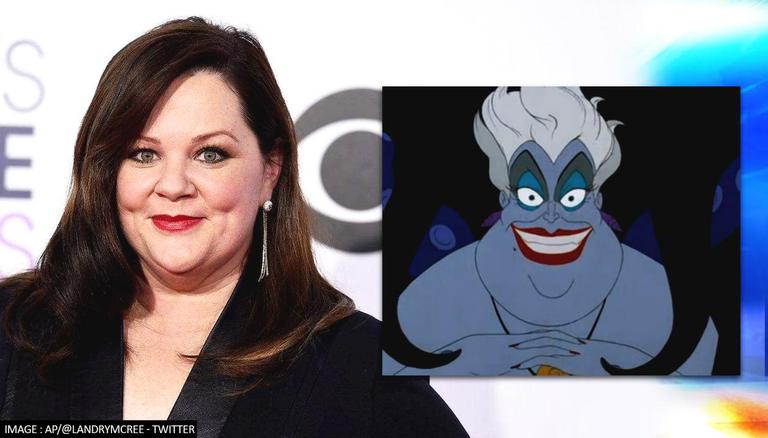 
Melissa McCarthy is quite excited for her fans to see her play Ursula in the upcoming live-action adaptation of Disney's The Little Mermaid. The actor, who is best known for her performance in hit comedy films like Bridesmaids, Identity Thief, and The Boss, is a part of the cast of The Little Mermaid, where she portrays the villainous sea witch who steals Ariel's voice. McCarthy, during an interview with USA Today, talked about playing Ursula in the much-awaited film.

Melissa McCarthy on playing Ursula in The Little Mermaid

During her conversation with the outlet, Melissa McCarthy described being part of The Little Mermaid as 'glorious.' Though the 51-year-old has starred in numerous films and series, the upcoming Disney film marks her first musical drama. She said that she enjoyed going to singing classes every day and performing with a live orchestra. She added that she is 'thrilled' to play the iconic sea witch, who is also 'one of her favourite villains of all time.' The Can You Ever Forgive Me? star stated, "It's going to be incredible ... To me, Ursula is everything."

The Little Mermaid was originally released in 1989 and is one of Disney's most successful animated musical films. The new live-action adaption is being helmed by Rob Marshall and the music comes from its original composer Alan Menken, as well as Lin-Manuel Miranda. In the film, R&B singer and Grownish actor Halle Bailey will be seen as Ariel in her first major film role. The other cast members are Javier Bardem as King Triton, Jonah Hauer-King as Prince Eric, Awkwafina as Scuttle, Daveed Diggs as Sebastian, and child actor Jacob Tremblay as Flounder. The film has wrapped up its shooting and is scheduled for a 2023 release.

Several snaps from the film's sets have taken over the internet. In the pictures that have gone viral, Bailey and Hauer-King can be seen dressed as Ariel and Prince Eric. No pictures of other cast members including McCarthy have been shared. Thus, many fans and followers are eager to see McCarthy's transformation as the half-human, half-octopus Ursula. The animated character (voiced by veteran actress Pat Carroll) had a powerful presence which made the character one of Disney's most legendary antagonists in pop culture.