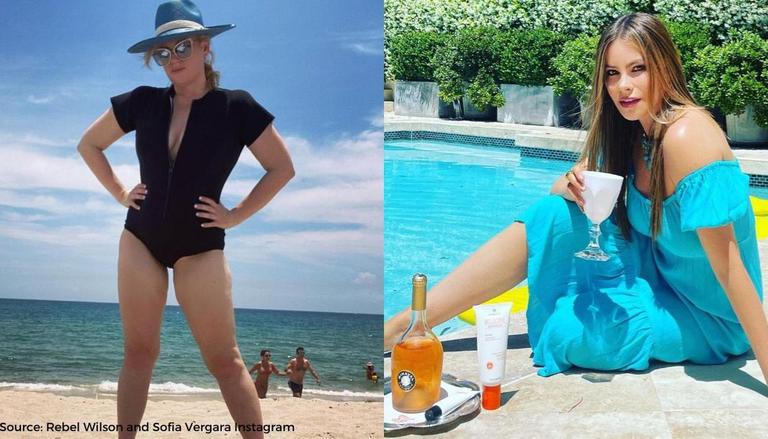 
As Memorial Day approached in the US, celebrities like Rebel Wilson, Jana Kramer and Sofia Vergara were all seen taking a break from work as they spent some time with their families or on their own. The celebrities revealed on social media how they spent the long weekend with their loved ones.

Rebel Wilson spent her day by the beach and posted a photo of herself with the caption, “Palm Beach-ing. I think I wanna move to Florida now.” In the photo, the Pitch Perfect actor was seen wearing a black swimsuit with a zipper front. She paired the swimsuit with a blue hat and white-rimmed sunglasses along with Givenchy flip-flops.

Jana Kramer also spent the summer day in the water. She posted a photo of a pool party she hosted for her children and some of their friends. Ali Fedotowsky and Shenae Grimes-Beech and their families were also in attendance. She also posted some fun photos with her children the day before wherein she was seen spending some quality time with her daughter Jolie, 5, and son Jace, 2.

Modern Family star Sofia Vergara spent the weekend taking care of herself and enjoying the summer day with her friends. She posted a photo of herself enjoying a cocktail by the pool in her house as she declared summer as her favourite time of the year. She gave off perfect summer vibes with an off-shoulder turquoise dress and matching jewellery. She also posted some photos with her friends as they were seen enjoying a barbecue and a hearty meal.

Memorial Day is observed in the United States to honour and mourn the death of military personnel who have died while performing their military duties. The day was previously called Decoration Day and was celebrated in 1968 by General John A. Logan. The holiday was standardised by Congress and since has been observed as a federal holiday in the United States and is observed on the last Monday of May. This year the Memorial Day was observed on May 31.

READ | Sofia Vergara reveals she was worried when 'Modern Family' came to an end; here's why