Michael Jordan shares a series of photos filled with PDA with his partner Lori Harvey to celebrate their one year anniversary. See pictures here. 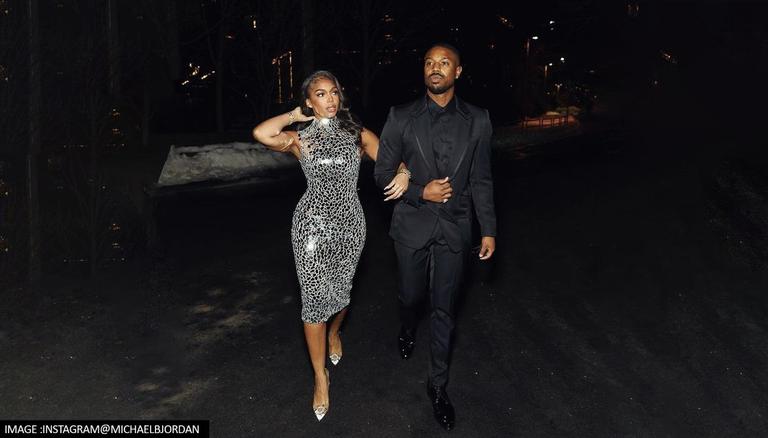 
Michael B. Jordan and Lori Harvey made their relationship public in January after a lot of speculations. The couple recently celebrated their one year anniversary and have been sharing photos filled with PDA via their social media handles.

Michael took to his Instagram and shared a string of romantic photos to wish his girlfriend to celebrate their one year anniversary.

Michael B. Jordan celebrated his one year anniversary with girlfriend Lori Harvey. The Black Panther star, shared a series of romantic pictures to his Instagram Story on Tuesday, November 16, showing the pair embracing in selfies for the camera. The actor captioned one of the photos as "Happy Anniversary," while another picture included the note, "It's been a year crazy!!" Lori Harvey, the 24-year-old daughter of famous TV personality Steve Harvey, shared some additional photos from the couple's special day to her own Instagram Story.

READ | Lori Harvey finally responds to ex boyfriend Future's shade at her and Michael B. Jordan 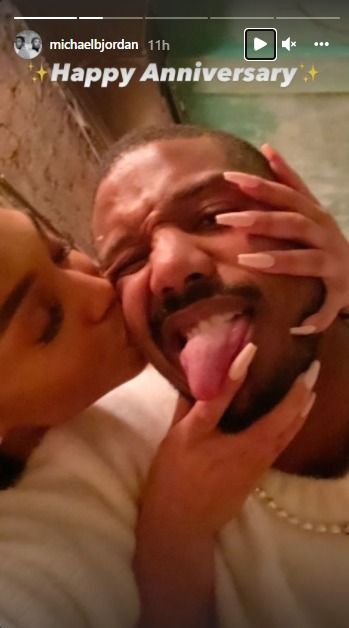 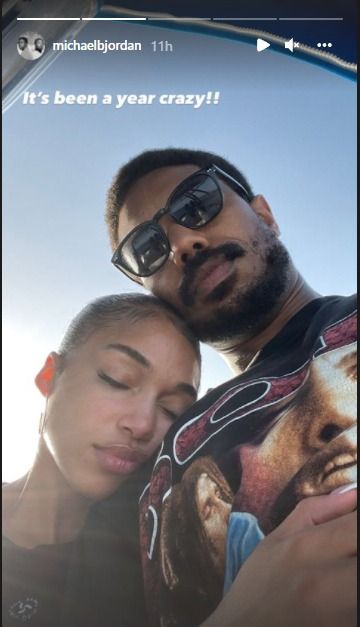 Earlier this year in April, the actor in an interview with People, he opened about his relationship and said that it's the first time he's been so public about his love life. He said, "I'm still private, and I want to protect that, but it just felt like it was a moment of just wanting to put it out there and move on. I am extremely happy."  Meanwhile, Lori in an interview with Bustle, said they both were private people and hence fans don't get too much of a glimpse into their relationship. Lori also referred to Jordan as a "super humble" boyfriend.

On the work front, Michael B Jordan was recently seen in the action thriller film Without Remorse based on the 1993 novel of the same name by Tom Clancy. Jordan plays the role of John Kelly, a U.S. Navy SEAL who sets out to seek revenge after his pregnant wife and unit members are murdered by Russian hitmen. The movie also featured Jamie Bell, Jodie Turner-Smith, Luke Mitchell, Jack Kesy, Brett Gelman, Lauren London, Colman Domingo and Guy Pearce. He will next be seen in the drama movie A Journal for Jordan based on the memoir A Journal for Jordan: A Story of Love and Honor by Dana Canedy. The movie will also feature  Chanté Adams in the lead role opposite Jordan.

READ | Michael B Jordan apologises for the name of his rum brand, promises to rebrand

WE RECOMMEND
Michael B. Jordan on why Sylvester Stallone won't appear in 'Creed III'
Michael B Jordan rents aquarium to celebrate first Valentine's Day with Lori Harvey
Michael B Jordan called 'Nugget' by gf Lori Harvey as she shares sweet wish for him
Who is Lori Harvey? Get to know the ins and outs of the star child here
Michael B Jordan is in an 'extremely happy' relationship with girlfriend Lori Harvey
Listen to the latest songs, only on JioSaavn.com