Micheal B. Jordan On Paul Rudd Replacing Him As 'Sexiest Man Alive', Jokes 'it Is Rude'

Adding to the list of celebrities reacting to Paul Rudd's 'Sexiest Man Alive' title is Michael B. Jordan, who held the previous year title by People magazine. 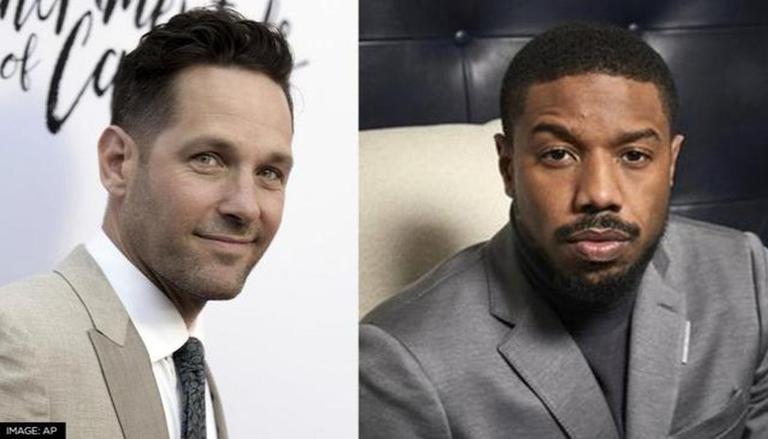 
Paul Rudd's 'Sexiest Man Alive' title has garnered a lot of headlines, with many Hollywood celebrities giving myriad reactions to the MCU actor dethroning ace frontrunners to bag the much-celebrated title. Joining the bandwagon is Rudd's fellow MCU actor Michael B. Jordan, who jokingly noted that People brushed him aside just weeks after he was 'all the rave'.

He chuckled that he was thrown out and now he just remains a former 'Sexiest Man Alive' titleholder. During a recent appearance on Live with Kelly and Ryan (via People), Jordan also spoke about his family's reaction to his title last year, calling it both a 'gift and a curse' as it puts the 'target on your back'. They noted that it makes one the centre of all memes and GIFs.

The 2020 People’s Sexiest Man Alive titleholder joked that it was 'a little rude, a little disrespectful' that he was brushed aside, however, he let everything go since it was Paul Rudd. Michael said his family believed that the title could give one a really hard time, with several memes and jokes putting targets at your back.

This isn't the only hilarious reaction to Paul Rudd's title.  Appearing on the Today show, Ryan Reynolds was asked if he heard about the 'breaking news' of Paul Rudd being named the 'Sexiest Man Alive'. He replied that he had heard about it and was 'excited' about the same. However, he believed that Paul would 'waste' the hype on it, and thus suggested him to 'seize the opportunity.' He said that if he were in Paul's place, he would instead sideline his family for a while and go around clutching the magazine. He further suggested Paul 'run like the wind.'

Hawkeye star Jeremy Renner too poked fun at Paul being handsome as well by writing,'' Congrats to my friend Paul Rudd, “sexiest man alive” !!! …. From your friend, who looks tremendous, in the dark… like ‘zero light handsome’. #paulrudd''

The Ant-Man star was officially declared as the sexiest man alive by People Magazine on November 10.

READ | When Paul Rudd got 'red bumps' after sleeping on dumpster mattress during struggling phase
READ | Will Ferret reveals he turned down 'Sexiest Man Alive' title to pass it Paul Rudd; watch