Miles Teller Reveals Scene In 'Top Gun 2' Which Made Him Think He'll Die; 'I Thought...'

In a recent interview, 'Top Gun: Maverick' star Miles Teller opened up about the scene where he thought he was going to die and had stopped acting. 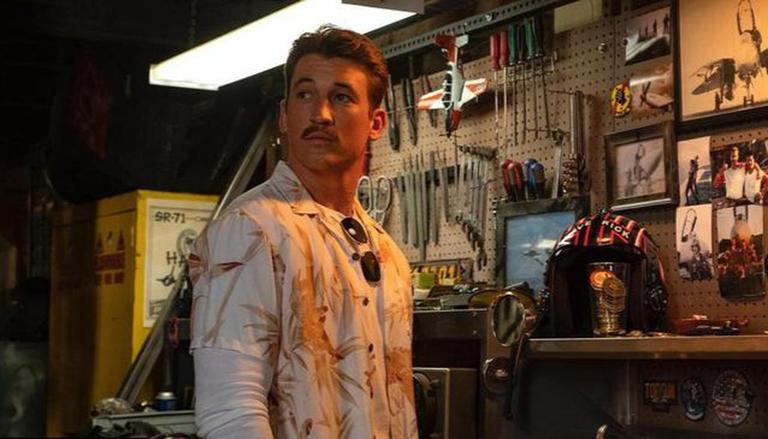 
While Top Gun: Maverick witnessed an array of thrilling sequences by the ensemble cast, actor Miles Teller revealed there was one scene that made him think he would die. Teller, who took on the role of  Bradley "Rooster" Bradshaw, the son of Maverick's late RIO and best friend Nick, had to undergo rigorous training that the film's lead Tom Cruise demanded.

The training schedule was reportedly designed by Crusie himself and proved to be very challenging to keep up with. In a recent conversation with LADbible, Miles Teller narrated the sequence wherein he thought it wasn't 'going to end well' for him.

Teller revealed, "I definitely had a moment where I thought I was going to die. There was a sequence where we were heading straight towards the ground and you do what’s called a max G pull-up. You’re heading down and at the last second, you yank up, and it’s really tough for the pilot."

He continued, "It’s something they train in all the time, but it was the first time we’d done a manoeuvre like that and I completely stopped acting. I looked at the ground, and thought this wasn’t going to end well for me."

According to Forbes reports, the film has shattered several box office records, opening to a whopping $248 Million across the world. Ahead of the release, Tom Cruise took to his Twitter handle and penned a note that read," 36 years after the first film, #TopGun: Maverick is finally here. We made it for the big screen. And we made it for you, the fans. I hope you enjoy the ride this weekend."

36 years after the first film, #TopGun: Maverick is finally here. We made it for the big screen. And we made it for you, the fans. I hope you enjoy the ride this weekend.