Missing Jennifer Aniston After 'Friends Reunion'? Here Are Her Five Movies To Watch

Jennifer Aniston recently made an appearance on the 'Friends Reunion' special. For fans who have been missing 'Rachel Green', here is a list of her latest films 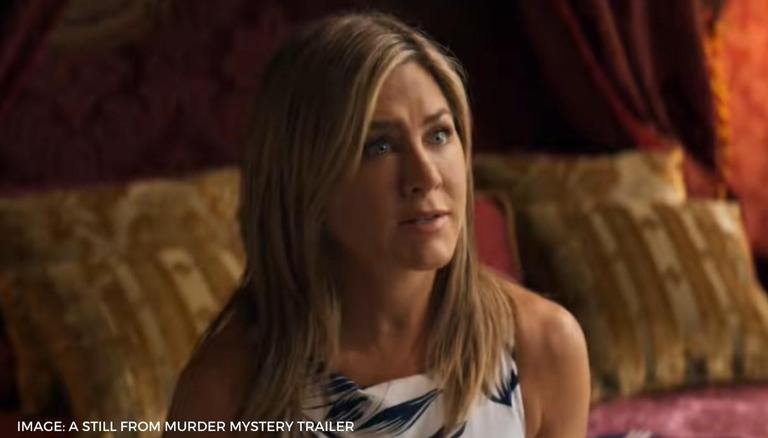 
Jennifer Aniston, along with the other cast of Friends, recently took the internet by storm by appearing on the Friends Reunion special. As the actor enjoys a massive fan following all over the world, she also has a bunch of other popular films in her list that her fans could watch.

Jennifer Aniston in Murder Mystery was seen essaying one of the lead roles alongside actors Adam Sandler and Luke Evans. Directed by Kyle Newacheck, the movie revolves around the life of a married couple who get stuck in a murder investigation. The movie was released in 2019 by Netflix and received an average rating by the critics as well as the audience. Other cast members of the film include Terence Stamp, Gemma Arterton, Dany Boon, Adeel Akhtar, John Kani and more.

Released in 2018, this coming-of-age comedy movie was written by Kristin Hahn and directed by Anne Fletcher. Based on Julie Murphy’s novel of the same name, the movie followed the story of a plus-size teenage girl who signs up for a beauty pageant as a protest against her mother. Jennifer Aniston was seen playing the role of the girl’s mother, Rosie Dickson, while other cast members included Danielle Macdonald as Willowdean, Odeya Rush as Ellen, Bex Taylor-Klaus as Hannah, Luke Benward as Bo Larson, etc.

Featuring Tye Sheridan, Alden Ehrenreich, Jennifer Aniston, Toni Collette, Jason Patric and Jack Huston in the lead, the movie showcased the life of two young soldiers who were a part of the Iraq War. Released in 2017, the movie received an average rating from the critics but it was praised for its cinematography and was even awarded for the same.

Directed by Will Speck and Josh Gordon, the movie was based on a story by Scott Moore and Jon Lucas. The movie consisted of an ensemble cast including actors namely Jason Bateman, Jennifer Aniston, Olivia Munn, T. J. Miller, Rob Corddry, Kate McKinnon, Jillian Bell, Vanessa Bayer and Courtney B. Vance. Though the movie received mixed reviews from critics, it became a huge hit at the Box Office and grossed over $114 Million worldwide.