Netflix's 'The Starling' Soundtrack List: Album To Be Released Today, Check All Details

The soundtrack album for the Netflix original film The Starling will release digitally by Milan Records on September 24. 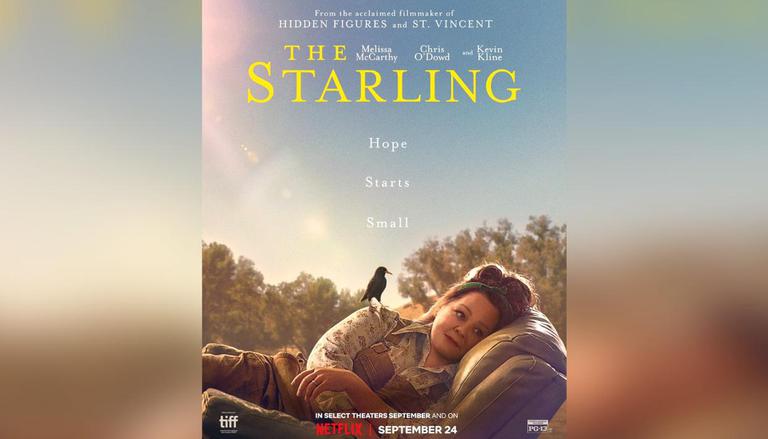 
The soundtrack album for the Netflix original film The Starling will release digitally by Milan Records on September 24. The album features songs composed by Benjamin Wallfisch, Judah & the Lion, and Nate Ruess. The Starling soundtrack album consists of 17 original songs, some of which are about three minutes long. Composer Benjamin Wallfisch, who has Mortal Kombat out this week, has scored the maximum songs of the album, The list includes songs titled 'The Starling', 'Sternus Vulgaris', ' Lily', 'Gardening', 'Talk to Him', 'I Can’t Be Who I Was', 'We Turn On Ourselves', 'Damaged Garden', 'Circus', 'Reflection', 'Together, 'Starling Down', 'Say It Every Day', 'Fly Free', 'I Made You Something', While composers Judah & the Lion and Nate Ruess have scored songs, 'Find Another Reason Why – The Starling Version' and 'Simple Sound of Morning' respectively.

Netflix's new drama The Starling stars Melissa Mc Carthy and Chris O'Dowd in the lead role. The sentimental drama follows the story of a married couple named Lily and Jack who are trying to figure out life after suffering an unimaginable loss, which is the death of their infant daughter. While Jack struggles to find a way forward as he recovers in a mental hospital, Lily works on gardening alone. Lily contends with a feisty bird who pushes her to a breaking point. However, she finds solace in a former therapist, who turns out to be a veterinarian.

The Starling release date and time on Netflix

The film was released in select theatres last week. It will begin streaming on September 24 exclusively on Netflix. Usually, Netflix drops movies at 12:am Pacific Time, aka 3 a.m. Eastern Time, right in the morning of the film’s release date. Hence, one can expect to watch The Starling on Friday at 12 a.m PT/3:am.ET.

READ | The Starling trailer: McCarthy hopes fans get the meaning behind fight against a bird
READ | Netflix drops trailer for Melissa McCarthy's next film 'The Starling'; Watch