Netflix's 'We Have A Ghost': Anthony Mackie, David Harbour To Share Screen Together

Anthony Mackie and David Harbour will be seen together in 'We Have a Ghost', a family adventure to release on Netflix. 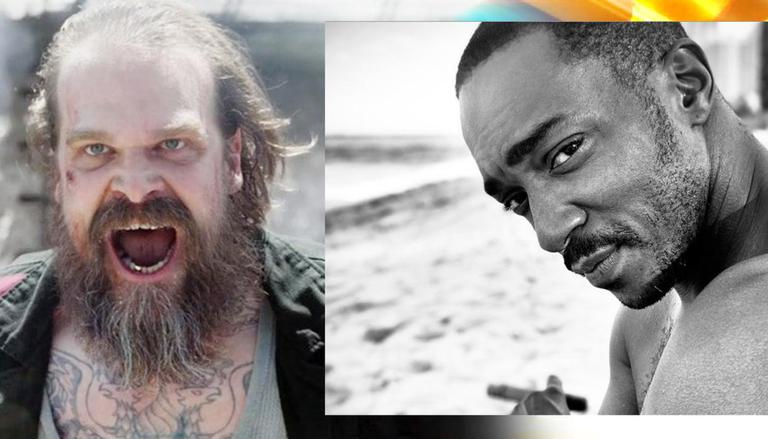 
In good news for movie buffs, Hollywood actors Anthony Mackie, David Harbour, and Jahi Di'Allo Winston will be sharing screen space in Netflix's upcoming family adventure We Have a Ghost. The film is full of heavy-weight actors and is helmed by director Christopher Landon. The film will also star Tig Notaro, Jennifer Coolidge, and Erica Ash, among others, in prominent roles.

Film based on short story 'Ernest'

The film is based on American writer Geoff Manaugh’s short story Ernest, and the film portrays the story of a young man named Kevin (played by Winston) and his family, who finds a ghost named Ernest (played by Harbour) haunting their new home. The homeowner begins filming the ghost and posting it for the world to see on social media. Soon, the ghost turns into a social media sensation, but things take a weird turn when Kevin and Ernest go rogue to investigate the mystery of the latter's past. They become a target of the CIA.

Cast of the film

According to Variety, the movie was produced by Marty Bowen and Isaac Klausner. Landon and Manaugh serve as executive producers, alongside John Fischer, Korey Budd, and Nathan Miller. The film will also feature Tig Notaro who starred in Army of the Dead, Erica Ash who appeared in Survivors Remorse, Isabella Russo was seen in School of Rock the Musical, Niles Fitch worked in This is Us, Faith Ford is popular for the film Murphy Brown, and Steve Coulter starred in The Conjuring.

Mackie and Harbour last appeared in the Marvel films, with Mackie officially assuming the mantle of Captain America in his Disney plus series. Winston is popular for his roles in 'Charm, City, Kings' and 'Queen and Slim'.

Meanwhile, Notaro was last seen in 'Amry of the Dead and 'Star Trek: Discovery', whereas Jennifer Coolidge appeared in HBO's new limited series 'The Lotus' and 'Promising Young Woman'. Temple Hill Entertainment is the production company behind the project.