Nick Cannon the host of 'The Masked Singer' is reportedly dating Alyssa Scott from Wild N' Out. She shared a picture of her baby bump, sparking rumours. 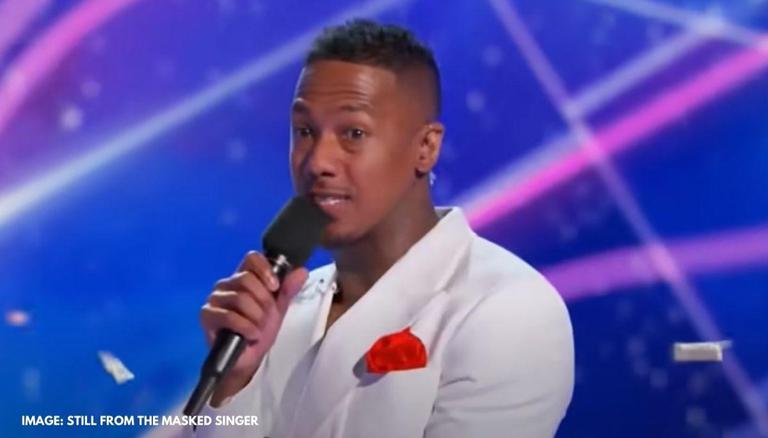 IMAGE: STILL FROM THE MASKED SINGER


Nick Cannon who hosts the show The Masked Singer is currently trending on Twitter. However, the trend is not anything related to his work but is rather with respect to the fact that Nick will soon be a father for the seventh time. A model named Alyssa Scott shared a picture of a baby bump on social media, which led to rumours of her being pregnant with Nick Cannon’s baby.

According to Flipboard, The Wild ‘N Out model shared a nude picture of her showing off her baby bump, with her hair let down open. She went for minimal makeup and posed for a sunkissed picture. The model’s picture raised a lot of curiosity amongst her fans who asked her if Nick Cannon was the father of her child. Although she did not respond to the comment directly, she used ‘love’ emojis to confirm the news.

Alyssa Scott was a model for Wild N’ Out, the MTV show Nick Cannon hosts. She captioned her recent picture as "Zen S Cannon" and it did not take long for her followers to guess the father of the baby. With Alyssa’s baby on the way, Nick Cannon will be a father of 7 kids now. Nick Cannon is yet to confirm the news of expecting the seventh kid. Weeks ago, Nick participated in a maternity photoshoot with Abby De La Rosa.

He confirmed that he was expecting twin children from the latter. Nick Cannon’s kids with Abby will be due in the next few weeks. In the long caption, she wrote about Nick, "I pray that God give you both the strength to walk brave and boldly in your individual truth just like your Daddy."(sic) He also shares two children with Brittany Bell, the pageant queen of Golden and Powerful. He was also married to Maria Carey for six long years and shared two kids with her named Monroe and Moroccan.

READ | What happened to Nick Cannon on The Masked Singer? Reason for the host's absence revealed

IMAGE: STILL FROM THE MASKED SINGER