Nick Jonas expressed his feeling for wife, Priyanka Chopra's latest release 'Matrix Resurrections.' Check out his reaction and his take on the film 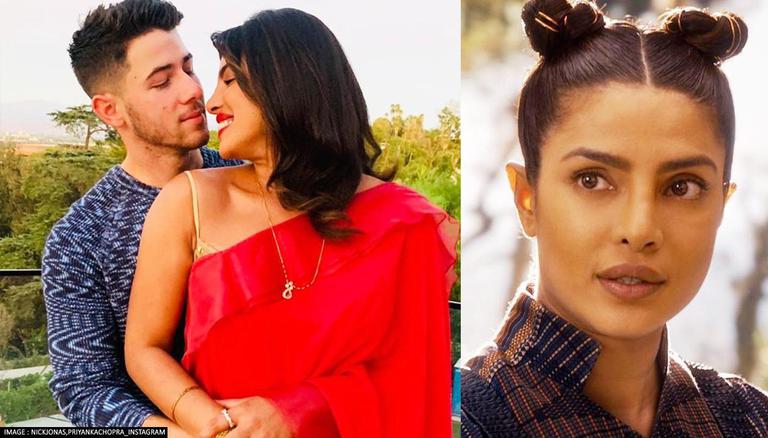 
Global star  Priyanka Chopra Jonas is making headlines ever since her new film Matrix Resurrections was announced. The film was released yesterday and husband Nick Jonas can't keep calm expressing his excitement on the film as the Sucker star took to his Instagram handle and shared a heartfelt post for his wife.

Sharing a picture of PeeCee in two bunned hairstyle from the film and praising his wife for her outstanding performance, Nick wrote: "Proud of you @Priyanka Chopra." 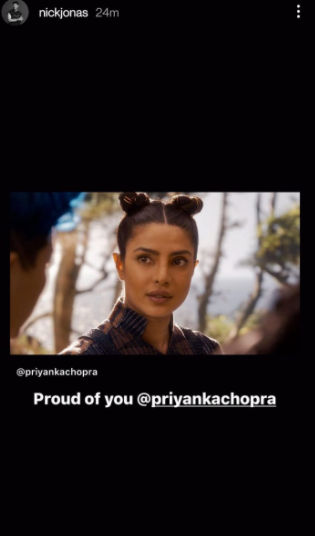 In the second story, Nick shared the poster of the film and congratulates his wife and the entire team for putting up such a great show, adding to which Nick wrote, "Congratulations to my amazing wife@Priyankachopra and the entire cast of @theMatrixmovie! what an incredible film." Here take a look at his story: 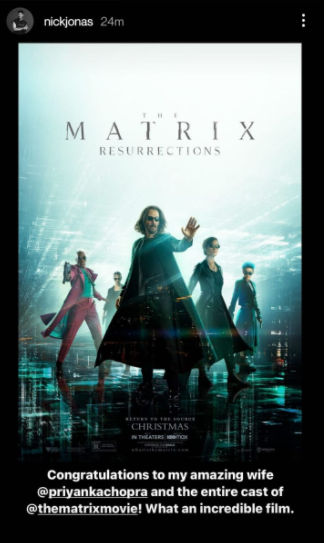 Nick's take on the film

In an interview with Extra during the Matrix Resurrections promotional event, Priyanka Chopra revealed that Nick was ‘very excited’ about her being a part of the iconic science-fiction franchise. She further reveals that Nick is a ‘big fan’ of the Matrix Franchise and therefore, he was the one who was most excited about the film. Upon asking about Nick's take on the film, Priyanka satirically revealed that Nick is her husband and he has no option other than praising her performance, given that she did a great job in the film, as he also thought that this film was very special.

The husband-wife duo never shies away from expressing their feelings for each other and the two keep treating their fans with some amazing pictures. Nick Jonas too keeps supporting his wife Priyanka, to which later revealed that he is her cheerleader and constantly supports and motivates her.

The Matrix Resurrections is the fourth edition of the Matrix series, that released on December 22 after 18 years of gap between its last release. Its earlier franchise, The Matrix in 1999, The Matrix Reloaded in 2003, The Matrix Revolutions was released in the same year. The Matrix Resurrections series and all the other series are helmed by Lana Wachowski. In the film, The Quantico actress plays the role of adult Sati and PeeCee never fails to grab eyeballs with her phenomenal performance and netizens are so far loving her character in the movie.