Nina Dobrev is set to star in the upcoming ensemble comedy movie 'Reunion' opposite Chace Crawford. She recently announced the wrap of the film. 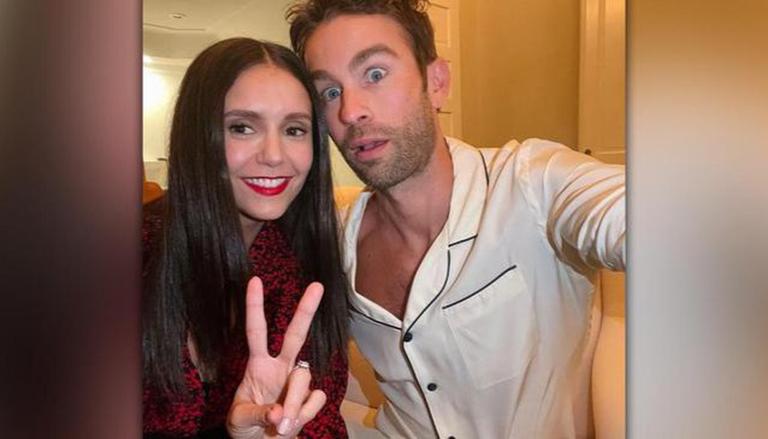 
Nina Dobrev is set to star in the upcoming ensemble comedy movie Reunion opposite Chace Crawford. The actors began shooting for this comedy-drama in September 2021. She recently announced the wrap of the film and also penned a heartfelt note for the crew.

Taking to Instagram, Nina Dobrev recently wrapped up her upcoming film Reunion. The Vampire Diaries actor shared a series of photos with the film's cast and crew, in which The Vampire Diaries actor was dressed in a red top and black skirt. The actor penned an emotional note for the film's crew and mentioned she had a great time on the sets of the film. Dobrev wrote, "That’s a wrap on @reunionmovie. Love all of these incredibly talented, hilarious and wonderful humans. it was a pleasure getting to know, spend time with and share the screen with you! Can’t wait for you guys to see the film!"

Reunion also cast Lil Rel Howery, Jillian Bell, Billy Magnussen and Jamie Chung, As per a report by Variety, the film's plot revolves around a murder that takes place during a high school reunion. It puts a whodunit spin on the post-graduation gatherings of former schoolmates. It unfolds during a snowstorm and leaves the reunion guests trapped in an isolated mansion. Reunion is being directed by Chris Nelson. Jake Emanuel and Willie Block have given the film's screenplay. The film is being co-produced by Ben Silverman, Todd Garner, Mark Korshak, Peter Principato, Mickey Schiff and Lil Rel Howery.

It was not long before Nina Dobrev and Chace Crawford began shooting for the film. Taking to Instagram, Nina shared a selfie with Crawford. Sharing the photo, she announced the film's shoot commencement and wrote, "'Started on @thecw now we’re here, started on @thecw now the whole team f***in’ here' - drake." Nina wore the same outfit hinting that the film's theme.

Apart from Reunion, Dobrev also has Love Hard in her pipeline. The actor is currently gearing up for her Holiday film Love Hard, set to premiere on Netflix on November 5. The film also stars Jimmy O Yang and Darren Barnet in pivotal roles. It will revolve around a woman in her 30s, who gets catfished by a guy she found online.