Olivia Wilde is not bothered by the PDA filled scenes that Harry Styles shares with Emma Corrin. She believes that her relationship with Harry is going strong. 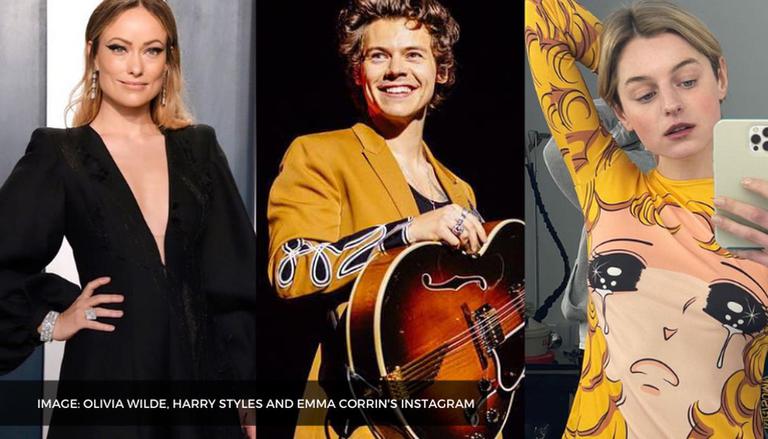 
Actor Olivia Wilde and former One Direction member Harry Styles' relationship is going strong. The couple had publicly claimed to date each other when they were spotted holding hands at a wedding in California. Currently, they are in London as Harry is filming for My Policeman next to The Crown actor Emma Corrin. While filming for the shoot, Harry and Emma were seen getting intimate for a scene in the movie. The two were spotted on May 3, 2021, shooting the intense scene at Worthing, a town in the UK.

According to a report by Us Weekly, Wilde is okay with the intimacy shared by Harry Styles and Emma Corrin on the sets of My Policeman. She has had a relationship where her partner had to kiss another actor for a scene. The actor is excited for Harry and his new role in the movie. She also has faith in their relationship and thinks that they are going strong.

According to the report, Olivia visits the set of My Policeman and interacts with all the cast members. She has mainly gone to support Harry and gets excited to have alone time with him. Currently, she is working on her own projects including the biopic Perfect. Harry Styles and Olivia Wilde had met for the first time on the sets of Don't Worry Darling. At the time, Olivia was engaged to actor Jason Sudeikis. The two announced that they would be separating from each other in November 2020.

My Policeman is a movie set in the 1950s about a gay policeman Tom Burgess, played by Harry Styles. He gets married to a school teacher Marion, played by Emma Corrin. Little to the knowledge of his wife, he is actually in a relationship with a museum curator Patrick, played by David Dawson. My Policeman is based on a novel of the same name written by Bethan Roberts.

The romantic drama film is helmed by Michael Grandage and bankrolled by Berlanti Schechter Productions, Independent Film Company, MGC. The panel of producers include Greg Berlanti, Philip Herd, Cora Palfrey, Sarah Schechter and Robbie Rogers. The role of Marion was first offered to actor Lily James but she was then replaced with Emma Corrin.