On Kanye West's Birthday, Kourtney Kardashian Wishes Him With 'memories' From 2020

On rapper Kanye West's birthday, 'Filthy Rich: Cattle Drive' star Kourtney Kardashian dug out some unseen pics with him from their trip together in 2020. 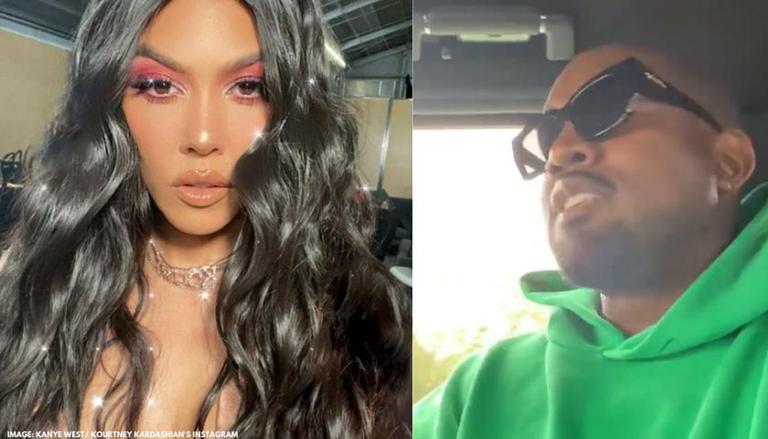 
Wishes poured on Kanye West's birthday as the rapper turned 44 on June 8. While Khloe Kardashian, Kim Kardashian, and many others posted pics with him, Kourtney Kardashian also shared old pictures with the birthday boy and his ex-wife, Kim. In the first image, the trio was spotted twinning in all-black outfits. Whereas, the next photo was from one of their trips together in 2020. While Kourtney sported casual shorts and a crop top, Kanye was seen riding a bicycle. Sharing the same, she wrote, "Happy birthday" and went on to tag Kanye. 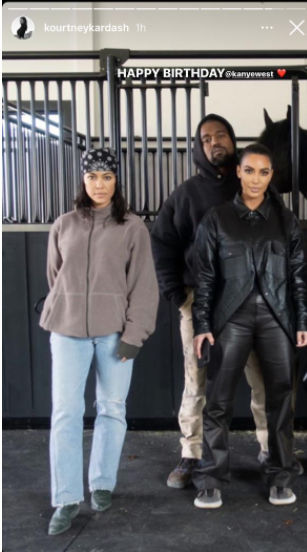 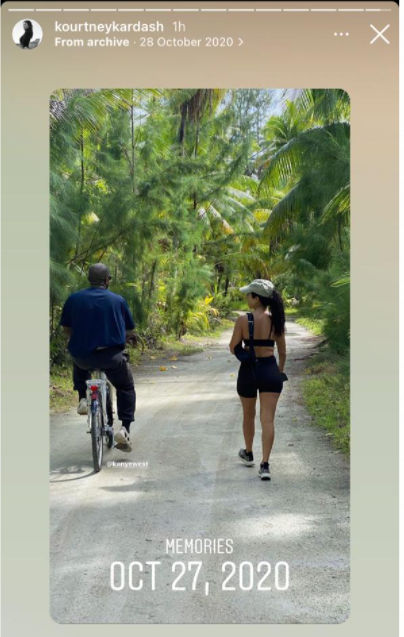 Khloe Kardashian also had a special wish on Kanye West's birthday. She took a trip down memory lane and dug out a throwback picture that featured him, Kim Kardashian, and Tristan Thompson, while they took a dip in the ocean. Khloe penned, "Happy birthday to my brother for life! Have the best birthday Ye! Sending you love and endless blessings." Meanwhile, it was Kim's post for her ex-husband Kanye which left fans in awe. She shared a family pic that included their three children and sent him 'love' on his special day. She wrote, "Happy Birthday. Love U for Life."

Many fans shared stills and snippets from Kanye West's songs and wished him on his birthday. His incredible contribution to the music industry has bagged him 21 Grammys. His numbers like Wash Us In The Blood feat. Travis Scott, Jesus Walks, Stronger, Famous, Closed on Sunday, among others, received massive love from fans. West has produced many singles and has also collaborated with many big names in the industry. It all began for him after he released his debut album titled The College Dropout in 2004, and ever since then, there was no looking back for him.