'Peacemaker' Trailer: John Cena Is Back With His Quest For Peace Against 'butterflies'

'Peacemaker' trailer: John Cena is now back with his quest for peace against 'butterflies', as he realises this time that he has his task cut out. Read. 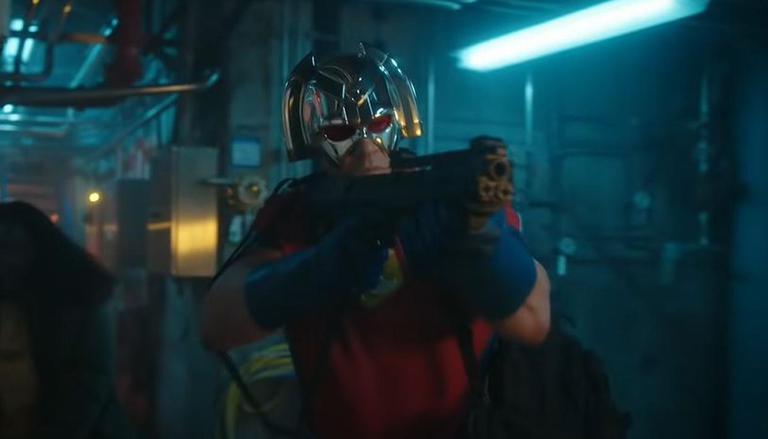 
After The Suicide Squad, John Cena is back as Christopher Smith aka Peacemaker in a standalone series with the focus on him. The series will delve into the origins of the character.

He is tasked with the job of creating peace, but through an unconventional method, by killing them. The series traces the battles that the character has to face as the task of creating peace through his method is not the easiest.

The trailer starts with one of the descriptions for the Peacemaker, "He is a trained killer, We've got trouble with that maniac."

Then we see the Peacemaker, who gets asked by Vigilante, played by Freddie Stroma, about being released from prison, after which Peacemaker says, "I work for the government. I kill people for 'em."

It was not a safe situation, with one of the characters saying, 'This task force does not offiicially exist which leaves us on our own." The force considers their targets as 'butterflies', who are a 'serious threat to the safety of American citizens.'

There are conflicting opinions about him, as one person calls him a 'clown' and another realises something about him that is 'sad.' All seemed to going well, but the Peacemaker finds it hard when he is asked to kill a group of people, as it also has kids. He gets nervous before doing it, and later questions why he was asked to do that.

While one of the characters, Emilia Harcourt, played by Jennifer Holland, then tells him that he was someone who only bothered about peace, 'no matter how many men, women and children you needed to kill to get it.' He replies, "Lately, I'm having feelings about things."

Another battle for him is when his father, played by Robert Patrick,  gets arrested by the police. While his colleague, Leota Adebayo, played by Danielle Brooks, says, 'Your dad is not a good man." However, the Peacemaker had his priorities set, that his father was still family.

The trailer also gave a glimpse into several fun-filled moments as well, like when his father finds it 'pathetic' that he let somebody shoot him or when Peacemaker tells Leota that he invented the grenade with a shell that morning.  There are high-octane scenes too as they take on enemies  with gunshots, blasts and more.

Peacemaker streams on HBO Max from January 13. The series has been created by The Suicide Squad director James Gunn.