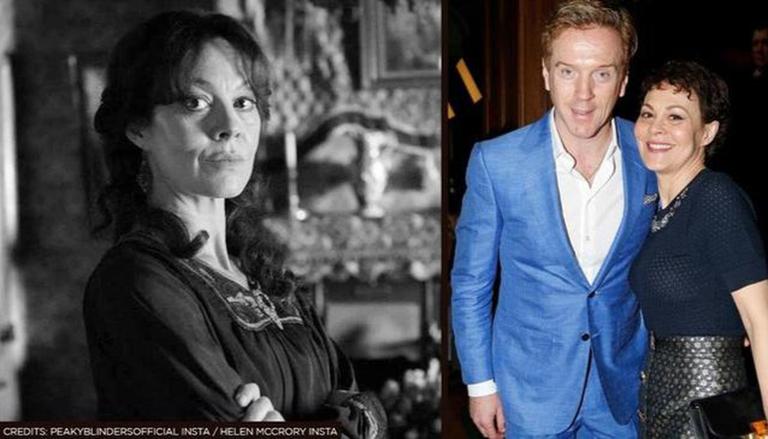 British actress Helen McCrory, who starred in the television show Peaky Blinders and the Harry Potter movies, has died, her husband said Friday. She was 52 and had been suffering from cancer.

“She died as she lived. Fearlessly,” Lewis wrote on Twitter. "God we love her and know how lucky we are to have had her in our lives. She blazed so brightly. Go now, Little One, into the air, and thank you.”

McCrory played the matriarch of a crime family on Peaky Blinders and the scheming Narcissa Malfoy in the Harry Potter movies.

All our love and thoughts are with Helen’s family.

Helen McCrory will be remembered not just for her remarkable stage and screen performances, but also for her selflessness and generosity. She and Damian were the motor driving FeedNHS, working tirelessly during the pandemic to raise millions for others. What a tremendous loss.

Unbearable and unbelievable that Helen McCrory has gone. A genuine firecracker with an aching vulnerability. A wonderful actor and a wonderful woman. Thoughts with Damian and family. RIP

Saddened to hear the news that Helen McCrory has passed away after her battle with cancer. A wonderful actor whose performances will last forever ❤️ 🥺Rest peacefully x pic.twitter.com/w77dn49id6

“I love theatre because it's just me and the audience. It's the litmus test in acting, to be able to sustain a performance over one, two or three hours.”
Rest in Peace Helen McCrory (1968 - 2021) pic.twitter.com/8NDn33xyXa

Helen McCrory made everything she was in better. Talent and screen presence beyond measure. What awful news. RIP ❤ pic.twitter.com/bqxfnVuQiQ

I’m so shocked by this terrible news and I don’t have words. It’s just so sad and unfair. You will be so missed, Helen McCrory.

... in the bleak midwinter 🖤 pic.twitter.com/snWjUmpy91

my heart hurts today. rest in peace to the legend, helen mccrory 💌 pic.twitter.com/gXqSaKRjMg

Thanks for all you shared with us, Helen. pic.twitter.com/xxYAYlx592